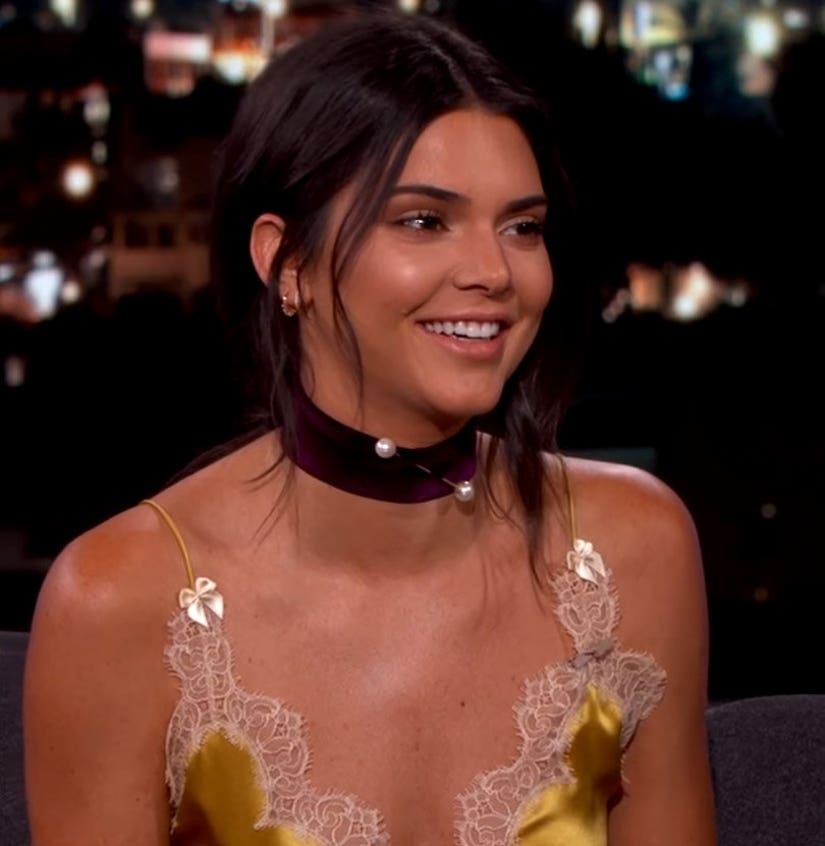 There goes the neighborhood!

On Wednesday, Kendall Jenner stopped by "Jimmy Kimmel Live," where the late night talk show host revealed that the 20-year-old caused quite the commotion when she recently moved into his Hollywood Hills neighborhood.

"Our neighbors were up in arms when you moved into the block," said Kimmel, who lives next door to the Vogue cover girl.

"No! Bad?" asked a surprised Jenner.

"I think I caused quite a ruckus on our street," the "Keeping up with the Kardashians" star admitted. "I had like stalkers. There's a lot going on."

Indeed, Jenner has had to deal with a lot of fair share of drama in her new digs; just this month, her stalker was arrested in her driveway.

But it seems the model can finally enjoy her new neighborhood in peace. She even urged neighbor Kimmel to have her over for dinner.

"I heard you're a chef and I'm really offended you haven't invited me over," she told Kimmel.

"Can you eat when you're on the cover of Vogue?" he joked.

And Jenner revealed that if she ever faces any trouble again, she may call on her famous neighbor to come to the rescue.

"My mom was, like, super nervous about me moving into a home by myself or whatever and I was like, you know what? No, it's okay because Jimmy Kimmel lives right across the street," she explained. "I don't know, maybe if anything goes down, he'll save my life."

Kimmel was on board with this plan, saying, "If you have any trouble, don't worry. I will shuffle down in my underpants and take care of whatever is going on."