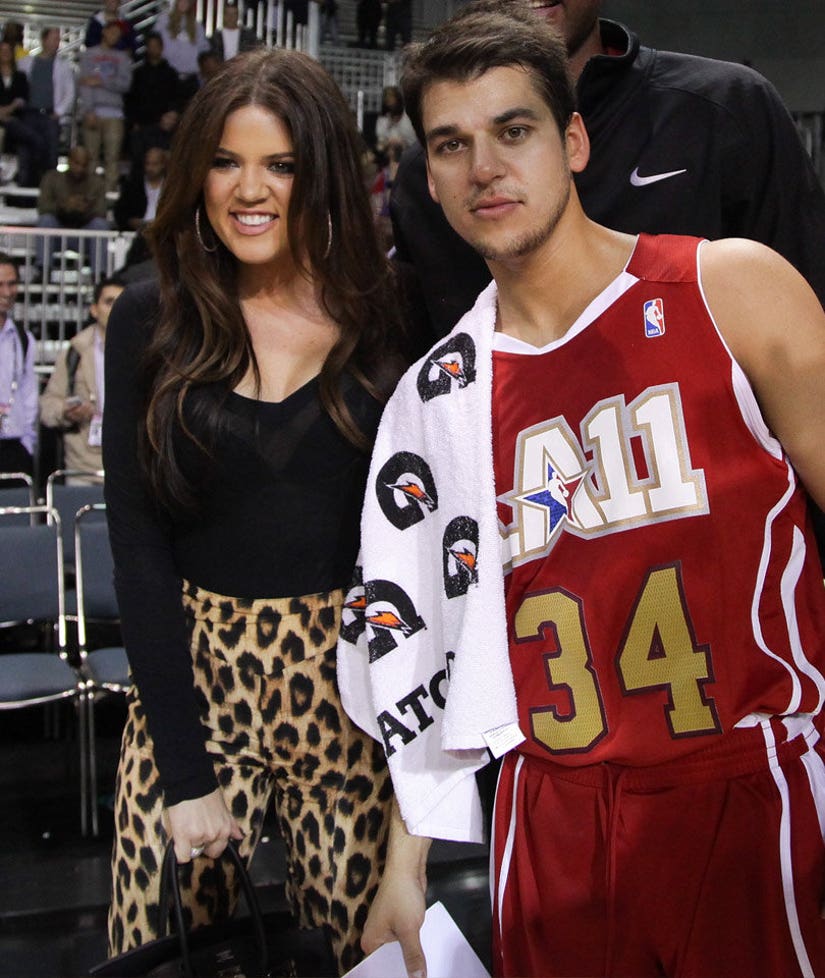 Can't we all just get along?

That seems to be Kris Jenner's big plea in a new sneak peek at Sunday's episode of "Keeping Up with the Kardashians," as she attempts to negotiate a truce between Rob Kardashian and Khloe.

The Kardashians as a whole have had a pretty hard time accepting Rob's relationship with Blac Chyna ... but, with a baby on the way, Kris stresses the importance of family.

"You're in this new relationship that's amazing for you, but it doesn't mean you can't still be close to us," the momager tells her 29-year-old son.

"You are all aren't that welcoming of this relationship," he replies, "So you can't expect me to be like, 'Let's all hang out, it's cool and fine.'"

Jenner says she hopes he's able to "share" his happiness over being a father with his sisters, especially Khloe, who he used to live with while she was married to Lamar Odom.

"I want you and Khloe to be OK and happy and connected, it's your sister," Kris pleads. "She's had a hard year and going through a bad time with all the Lamar stuff still and she couldn't need her family more than she does now and that includes you."

Rob's mama says a little effort from him would go a long way to "get back on track" with everyone. "It would be so easy if you just made the first move," she tells him.

With that, Rob agrees to finally give his sis/former roomie a call -- and she's definitely SHOCKED to hear from him.

Check out her reaction when she answers the phone in the video below:

"Keeping Up with the Kardashians" airs Sunday night on E!