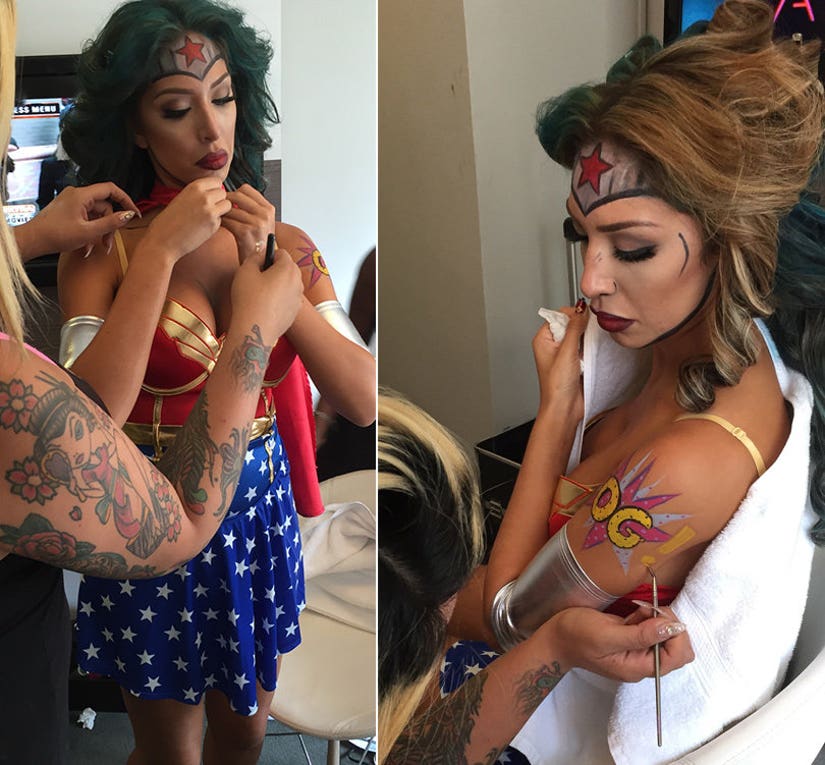 That's one way to make a statement.

Farrah Abraham hit the red carpet at the 2016 MTV Video Music Awards on Sunday night wearing one of the most puzzling outfits of the evening: a Wonder Woman costume.

While the show is definitely known for its interesting fashion, the "Teen Mom OG" star went above and beyond in her Halloween-ready getup. 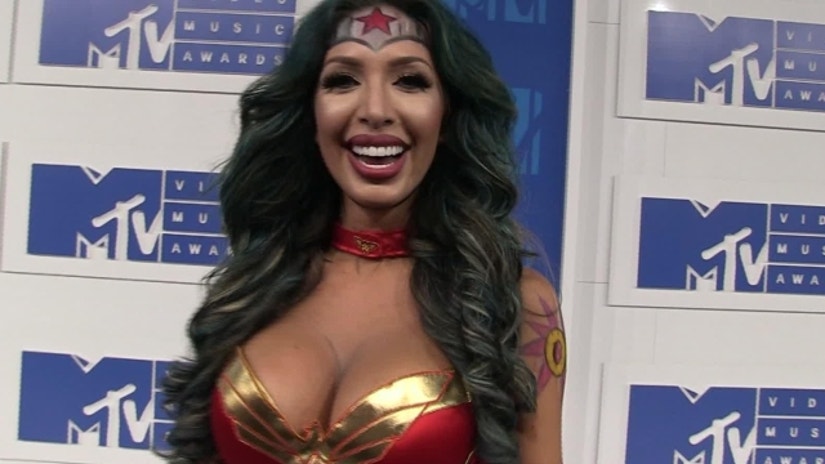 "I'm wearing Wonder Woman, so fashionable! I'm sick of the blah boring stuff and VMAs is one of the most funnest red carpets," the 25-year-old reality star told us on the red carpet at the event. "When I look back on when I used to watch, it was a fun, costuming vibe. So I channeled pop art, cosmic art and some of the fun things I saw."

Abraham tells us her glam routine -- which included some comic-inspired makeup and a painted on tiara -- took 5 hours to complete.

She even showed us her DC comic nail art in a pic from inside her limo ride over to the show.

While she's currently starring on "Teen Mom OG," Farrah also told us she's looking ahead to the future -- and for options outside of unscripted television.

"It's overdue that I don't have my own show," she explained. "There's gonna be something super big after this. I'm dabbling in scripted stuff, films ... [but] the reality game, I've already been there."

What do you think of Farrah's unique look? Sound off below -- and look at more WTF looks from the VMAs above!