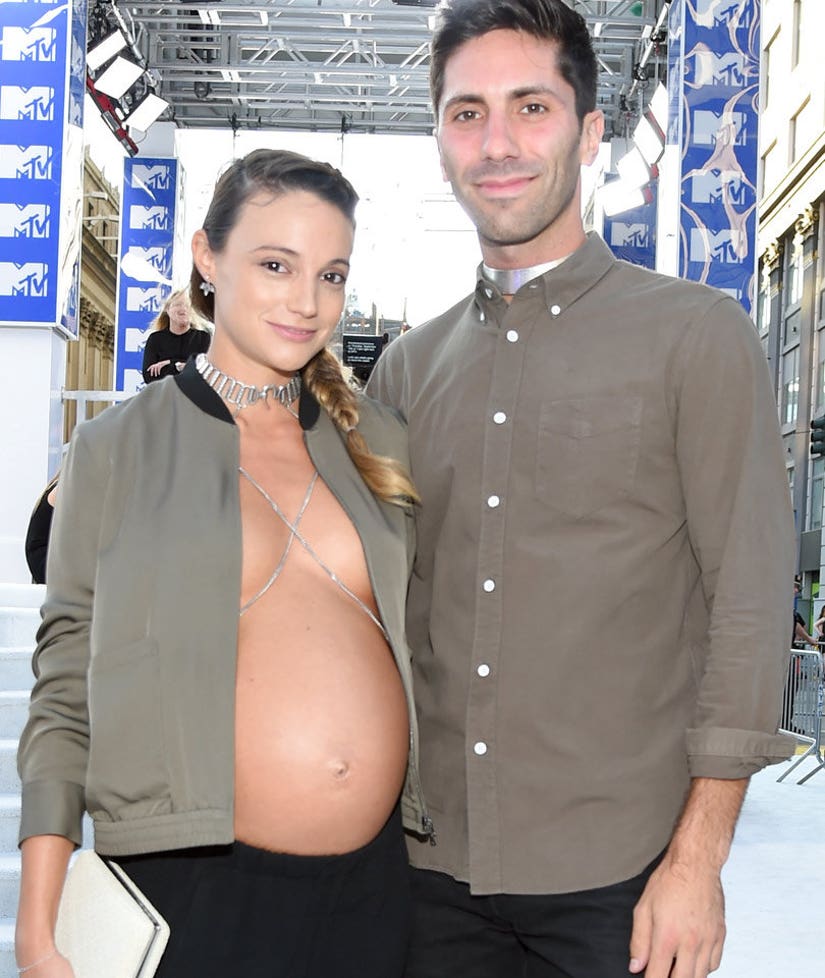 No shirt, no problem.

"Catfish" host Nev Schulman attended the 2016 MTV Video Music Awards on Sunday night in NYC -- but it was his pregnant fiancee, Laura Perlongo, who really stole the spotlight.

The expecting stunner hit the red carpet in an open olive jacket with nothing underneath, showing off her bare bump and some daring cleavage with the help of some double-sided tape. She paired the coat with black pants and nude heels. Nev matched the beauty in olive and black. 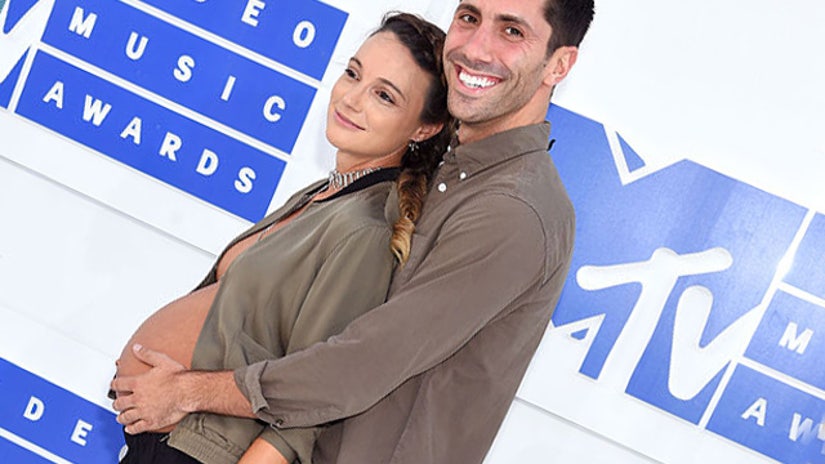 "She looks better than good. My opinion, star of the night," Schulman told toofab about his lady love's racy ensemble.

When asked if he approved of all the skin, he said he "only encouraged" her. "When she said, 'I'm thinking about wearing an open top,' I said '100% yes, all the time, why ever wear anything else?!'"

Bump-baring fiancee aside, Nev's also been in the news recently thanks to a recent episode of his MTV series. On a recent episode, Nev and costar Max Joseph helped out a man who thought he was in a longterm, long distance relationship with Katy Perry. Spoiler alert: he wasn't.

While Katy said she heard about the episode and "felt bad" for the man in question, she never reached out to him. According to Nev, he really tried to make it happen.

"I've done my part to get Katy to engage, FaceTime or whatever," Schulman told us on the red carpet. "He's weird enough to think there might be a chance. I thought maybe she'd be here and I could ask her."

Alas, Katy was a no-show.

"He knew it was absurd, [but] he was willing to suspend his disbelief and follow his passion," Nev added. "I say more power to him, the world needs more people like him!"

Check out more risque looks from the VMAs in the gallery above!