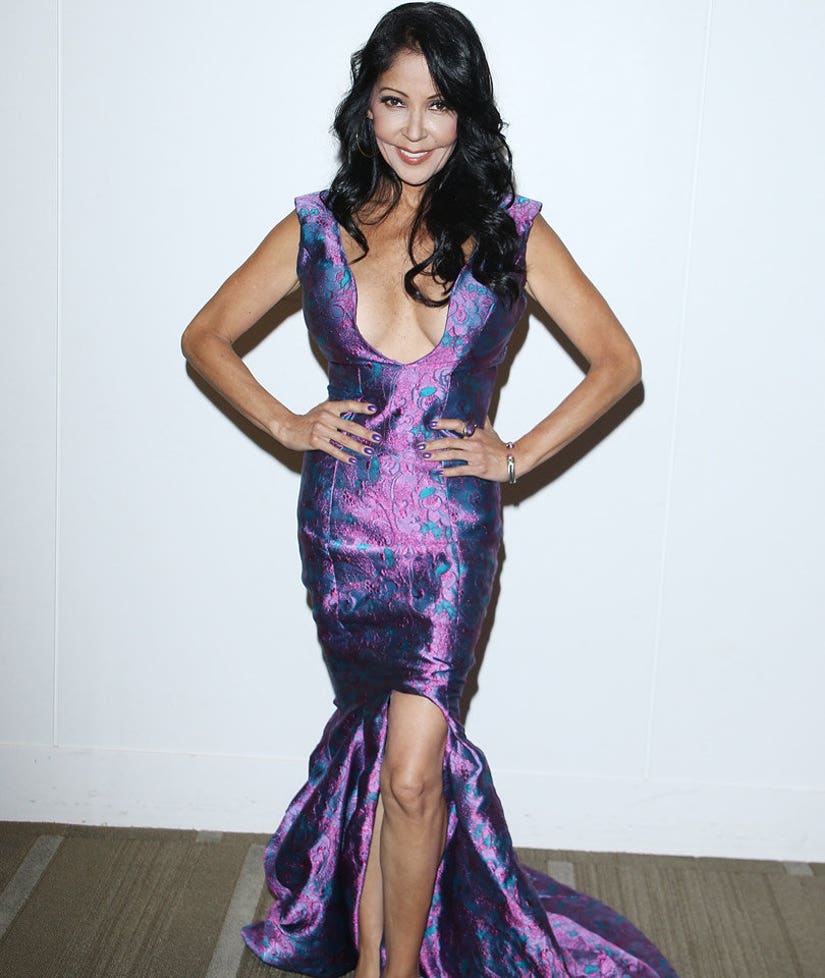 Apollonia Kotero is still a vision in purple.

Prince's former muse and "Purple Rain" costar made a rare public appearance at a screening of the classic '80s film on Monday night in Beverly Hills, the first sighting of her since the singer's death in April.

Sporting a tight, low-cut gown perfectly fit for the occasion, the 57-year-old actress/singer looked amazing at the event, which was hosted by The Academy at the Samuel Goldwyn Theater.

Kotero took part in a Q&A, where she talked about the audition process and spending time with the late singer.

"I was the last person they saw for the audition. Nia Peeples had just walked out of the room. I walked in and they asked me to take my shoes off. I thought wow, they're into feet," she told the crowd (via Billboard). "Later I learned they were flying me to Minneapolis to meet Prince, who takes me out for a ride in a purple limo. He was very reserved and shy. I'm like Chatty Cathy. The next day we do an audition at First Avenue. I wore black spandex and a metal mesh blouse. Later there's a knock at my hotel door and it's Chick from his security team: 'The kid likes you. Play it cool.'"

She added that Prince called her and sang "When Doves Cry" into her answering machine during production -- adding, "I still have that tape."

The sighting comes after Kotero posted an extremely long and emotional message about Prince's passing on her Facebook page.

"My love for you is great, but my grief is even greater. I promise to stay strong. I know you are with me," she continued. "Thank you for your guidance and protection. It brings great comfort and solace when I think of your last words to me, "I LOVE U 2."

She even made a "Stranger Things" reference in her closing comments.

"I'm sure you're busy socializing with all your friends and music making up there, but where can I send this letter to you? Maybe I should call The Duffer Brothers for help, as we know stranger things have happened? I promise to check in with you often."

Check out the full message below: