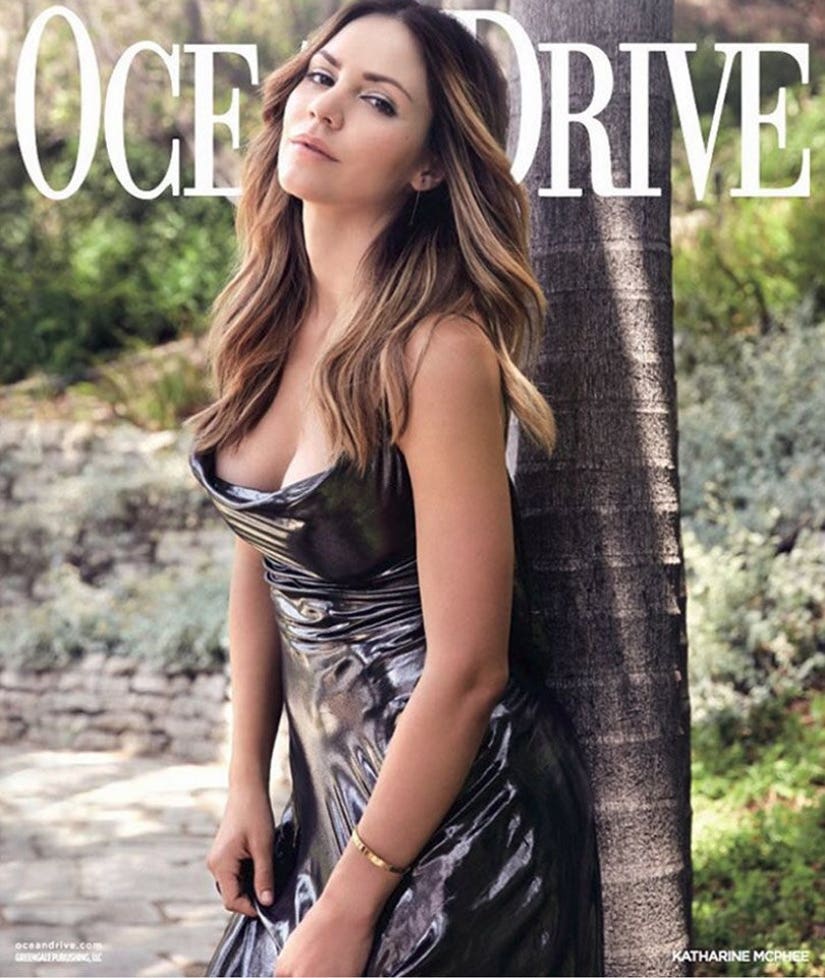 Katharine McPhee has had quite the life.

The "American Idol" alum covers the new issue of Ocean Drive magazine, where she opens up about going through divorce at a young age, dishes on her single life and shares her views of plastic surgery.

Though the 32-year-old has had a lot of success in her career -- snagging roles on "Scorpion" and "Smash" after nabbing second place on "Idol" -- she has had to deal with her fair share of ups and downs.

"I feel pretty grounded," she says of her life journey. "I got married really young, and then divorced, and in the last couple of years, I felt like, 'Wow, this is what I should have been doing when I was 20 instead of planning a wedding.' But I don't have any regrets."

"All of the choices I made I learned from in a really deep way," she adds. "I have always been fortunate to have strong influences in my life who have forced me to look at my own choices and my own failures. I think we are all on that journey to have more awareness about who we are as a person and to grow and learn."

While McPhee is currently single, she's still getting used to the idea of dating.

"I have not been single for very much of my life," she confesses. "I don't really understand how to date or how to be single."

"As soon as I know that I don't really want to be in a relationship with somebody, I don't really care to keep it going. I'm trying to date in a way that doesn't lock me down," she says. "There is still a certain level of attachment with the prior relationship that I was in, so emotionally to be suddenly dating other people is not as easy. People say, 'You just need to hook up with a bunch of people,' but I am more of an in-love kind of person. I want to be in love with one person. I'm a one-man kind of gal and a kind of true romantic at heart."

Katharine likewise shares her opinions on Hollywood's obsession with perfection ... and how stars like the Kardashians have changed people's perception of beauty.

"I love the Kardashians; I enjoy their show. I think some of the images they are constantly putting out are a part of their brand, like constant perfection," she explains. "I think that they actually are pretty deep thinking, feeling people that have to deal with their issues and lives in their own ways. But there is too much emphasis on the way people look. There is nothing wrong with wanting to look as good as you can, but there is no stopping it. The thing about social media is that it brought access to this so-called 'perfection.'"

But that doesn't mean McPhee is against plastic surgery. "I don't really have a problem with it, but I feel like the reason people don't want to talk about it is because there is this stigma on whether or not it is actually good work," she explains. "I don't have super long legs, so if I could ever trade up, I'd add an extra half an inch to my legs. You look at all the work people have done in Hollywood; even when they look amazing, everyone wants to say, 'Well, it looks amazing, but it's fake.' There is always this angle of trying to take people down."

"I'm not going to run out and get a face-lift anytime soon, but I don't know how I'm going to feel 20 years from now," she candidly continues. "I do believe in aging. I think that there is nothing more unattractive than someone who just refuses to age. At some point you have to allow yourself to age a little bit. But I can't say that I won't want to look as good as I possibly can in any stage of my life."

What do you think about the actress' candid comments? Sound off below and check out the gallery above to see more "American Idol" winners and runner-ups then and now!