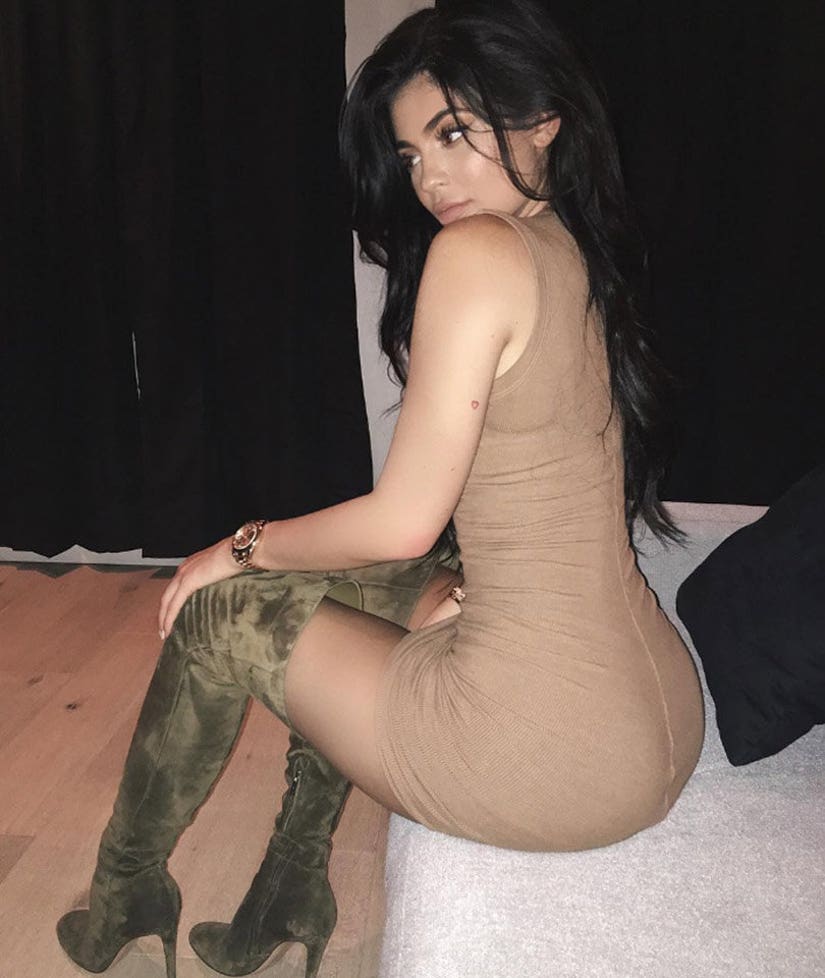 Jenner sported skintight jeans that featured impossible-to-miss slashes across each butt cheek. She finished off her racy look with a black long-sleeve Metallica T-Shirt and a Gucci purse embellished with flames.

The "Keeping Up with the Kardashians" star let the provocative look speak for itself, opting to post the belfies without any captions.

This isn't the first time she's given her followers a close-up look at her, ahem, assets. Earlier this month, she flaunted her bottom on Instagram in a skimpy red bikini while celebrating her birthday in Turks & Caicos.

And when it comes to showing off her famous curves, Jenner doesn't limit herself to bootylicious pics. Just last week she posted several cleavage-baring shots of herself wearing a low-cut gray top on Instagram.

Her busty shots caused much debate among her followers, who pointed out that her breasts looked bigger than usual and accused the cosmetics maven of getting plastic surgery.

She shot down the rumors, crediting her boosted bust to that "time of the month."

Despite people calling her out on her social media feeds, it appears the public can't get enough of the teen's posts. Not only does she boast more than 73 million followers on her personal Instagram account, but her Kylie Cosmetics account has racked up over 7 million fans since launching last year—and, yes, the occasional shot of Kylie showing off her body does pop up on that feed as well!