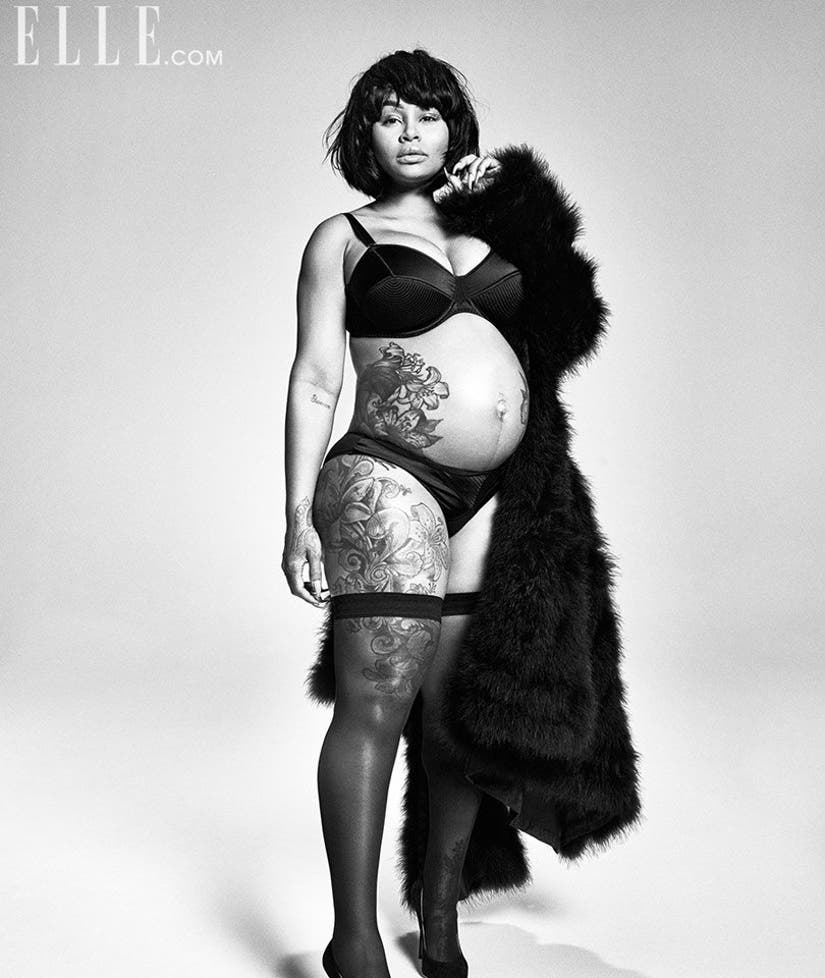 Blac Chyna's nearly nude publicity tour rolls on, this time stripping down to some black lingerie for a new interview with Elle.com.

The revealing pictorial and candid article comes after Rob Kardashian's pregnant fiancee went nude for Paper magazine, as it's become very clear she's incredibly comfortable with her baby bump. Flaunting her big belly and numerous tattoos in a bra, underwear and thigh-high tights, the stripper-turned-mogul opens up like never before in an open conversation about her ex, Rob's depression and their baby-to-be.

Chyna, real name Angela Renee White, first broke into the business as an exotic dancer at King of Diamonds strip club. It's there that her ex-husband Tyga first saw her. He cast her in a music video for "Rack City" and the rest is history.

According to the interview, Chya was only paid $2,500 to appear in the clip. "I should've gotten more," she says, half-jokingly the magazine states. "He's kinda cheap."

The two welcomed a son, King, together, before they split. Tyga quickly moved on with Kylie Jenner, but the two didn't confirm their relationship until she was 18. "When you don't want to be in a relationship with somebody anymore, you don't give a f--- what they're doing," she says of the split. "I was just like, 'thank God I'm out of that situation.' And honestly, it was the best thing that I could've done, because my life has changed so much for the better."

It's then that she hooked up with Rob, who she had already been friends with for years. Their relationship really heated up during a dark time for Kardashian, who was struggling with his weight and had retreated from the limelight.

"When I linked up with Rob, he was at a point where nobody could really help him. But I'm the type of person that likes to motivate my friends and help them figure out how they can do better. That's how we really started off," she explains. "When I'm around Rob, I'm never all up in his business, asking questions. I let him be himself and relax."

While the two haven't announced their baby's gender just yet, they already know one thing when it comes to the name. When asked if their child would follow the Kardashian tradition and start with a "K," she shoots that down, fast. "No, The baby won't have a K name. We both agreed." 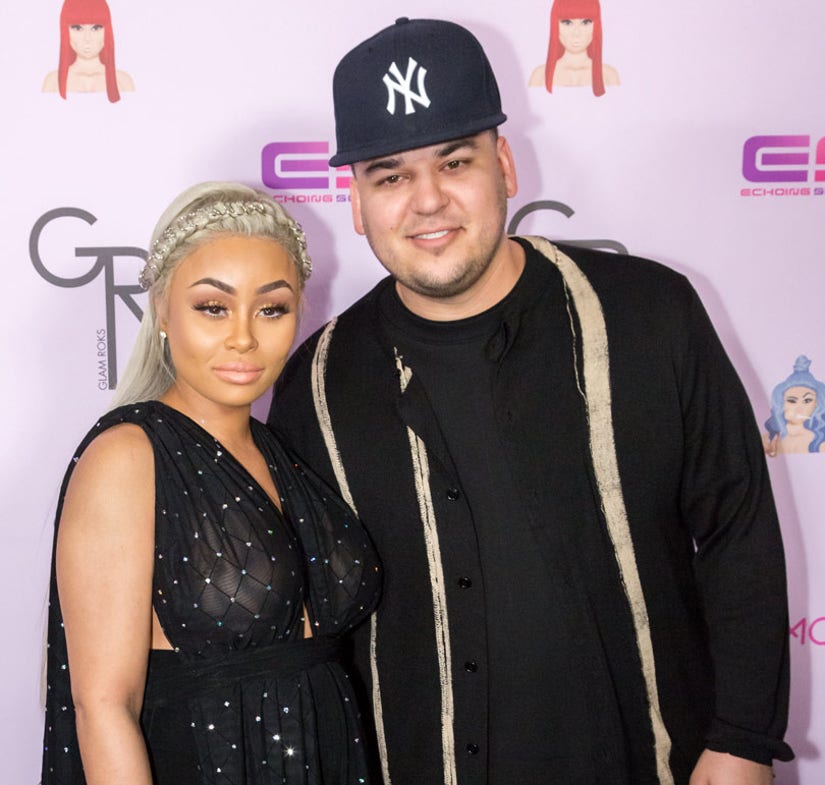 The relationship between the duo and Rob's family has been strained at times, to say the least. Something the two open up about in more detail in another new interview with People magazine.

Rob's estrangement from his fam really started around sister Kim Kardashian's wedding to Kanye West in 2014, when he fled Italy and didn't attend the nuptials.

"I was very unhappy with the person I saw in all the pictures," he says now. "I'm 6'1" and at my most I probably weighed 300 lbs. I'm upset I missed my sister's wedding but it was a personal decision. I'll never go to that place again. I missed Christmases and birthdays and vacations. I definitely retreated."

"We all have a really good relationship right now," Chyna tells Elle of their dynamic now. "Everybody is talking. Everything is good."

As for how they deal with Tyga and Kylie specifically, Chyna shuts down the notion of a double date with People, but is seemingly positive.

"Everybody is super-comfortable. There's no animosity. We've all talked. I've met up with Kylie. I feel comfortable with Kylie being around my son King," she explains. "Everybody is mature. We're not holding grudges. We've moved on.

Rob also shoots down rumors of drug abuse -- saying, "I'm only addicted to living life" -- and shows his support for Caitlyn Jenner in the People interview, saying he can relate to feeling "uncomfortable in your own skin."