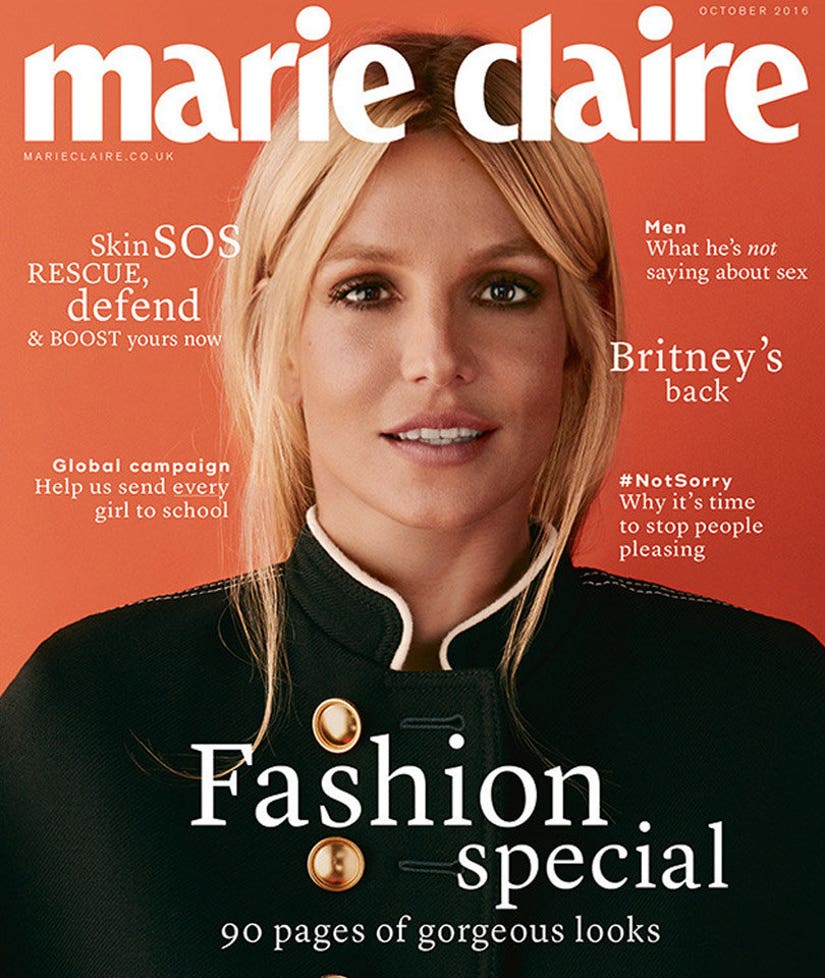 The "Make Me" singer, who is Marie Claire UK's October cover girl, opened up to the magazine about a recent first date she had with a man she was crushing on.

Unfortunately for Brit Brit, he didn't exactly prove to be a love match.

"I had a really bad date," she told the publication. "I mean, it was bad. I've been single for ages and had a date with a guy I liked. I was getting anxious, worrying he wouldn't like me."

So, where does one take a pop icon on a date?

"We went to the movies, but I could tell right away it wasn't working," she revealed. "It was sort of awkward. So after the movie I came home and that was it. It just didn't work…"

But the mother-of-two took the incident in stride, and had no problem admitting that her feelings were unrequited.

"He just wasn't that into me," she said. "I liked him. He knew that. But he definitely didn't feel the same. It happens to everybody. Being famous doesn't make you any different."

We hope the disappointing date didn't have anything to do with Spears' recent "Carpool Karaoke" revelation that she has given up on men.

"I think I might not ever go to men again," she told James Corden during her ride with the "Late Late Show" host. "I don't think I'm going to do the whole men thing, or get married."

And while she might not want to walk down the aisle again, she clarified to Corden that making out is still on the table.

"I might French kiss someone, but I'm not going to marry anyone. I don't believe in marriage anymore."

In the same Marie Claire interview, Spears opens up about being uncomfortable with her appearance when she was coming up in the business.

"I moved to Los Angeles when I was very young" she said, "I was so under scrutiny. If a hair was out of place, I'd be so anxious. I would get very anxious about so many things."

"Becoming a mother and being with my boys [Jayden, 9, and Sean Preston, 10] has made me so much more accepting of myself. I'm their mom, whatever. That has been a really big thing for me over these last few years."