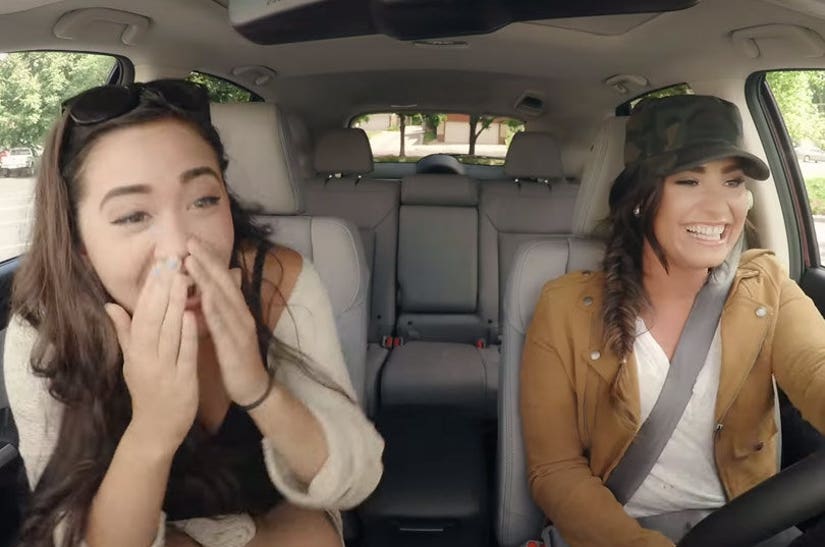 Or, at least, she did for a single day when she went undercover as a Lyft driver in Denver, Colorado.

The singer took a break from her "Future Now" tour with Nick Jonas to take a spin as a driver for the ride sharing company—and to surprise a few unsuspecting passengers!

Clad in face-obscuring aviator sunglasses and a camouflage military-style hat, the 24-year-old introduces herself as Samantha and informs her riders that she started driving because she wants a job that's "cool for the summer"—see what she did there?

"I actually really want to be a singer someday. Like, I've actually been traveling the country with my ex-boyfriend's brother because he sings, too," says Lovato, cheekily referring to the fact that she dated Nick's brother, Joe Jonas. "And so we really want to kind of get our names out there at open mic nights and, like, whatever we can do."

The "Confident" star also belts out a couple of her tunes, including one from "Camp Rock," and makes sure to get in a few playful jabs at herself as she chauffeurs strangers around town. When one Lovatic says the singer is beautiful, the former Disney star quickly counters her, saying,"She's got a weird chin though—her chin looks like a butt."

She also goads a passenger into agreeing with her that "Selena [Gomez] is so much more talented."

Watch the entire video (above) to see what other zingers Demi gets in and to see the hilarious moment when she finally reveals her true identity to her oh-so-stunned passengers!