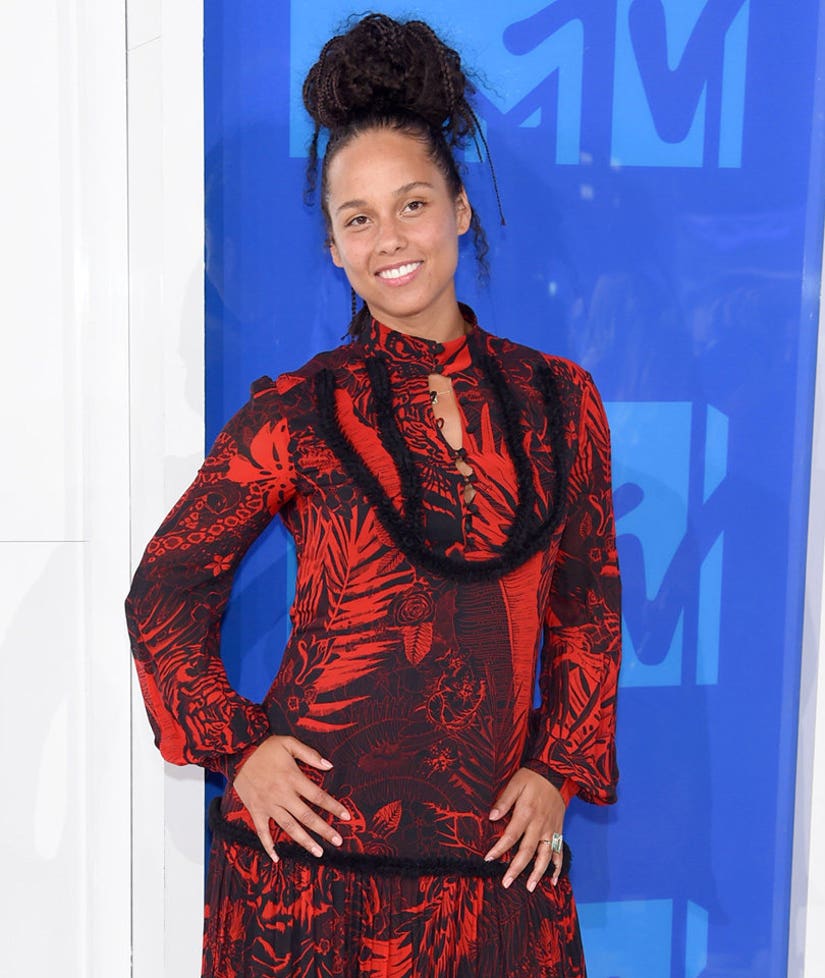 The singer stopped by the "Today" show on Friday, where she inspired the anchors to go makeup-free with her for the segment.

Though Keys' no makeup stance has been met with both positive and negative feedback, the "Girl On Fire" singer says she's simply hoping to help people embrace who they are.

"Look, I love makeup too. It's about how you feel. It's about who you are," she said. "It's about just being who you are and not letting anyone tell you who you should be. Even this conversation shows our obsession of the standard we hold women."

That's when "Today's" Tamron Hall, Billy Bush and Al Roker decided to shed their makeup in unity with the Grammy-winning songstress.

Watch the full segment below:

While Alicia seems extremely comfortable with her fresh face, Keys says it definitely took some time to get to this place.

"The biggest difference is my knowing of myself and the ability to really be comfortable exactly as I am, who I am," the 35-year-old told the hosts. "It's hard to get to that place. I think that's something we battle with through our whole lives."

"We each have something that no one else has and it'd be so amazing to just embrace each other how we are," she added. "I think the most important thing is that you do what feels good for you. It's not about anything else."

Keys likewise showed off her flawless complexion, makeup-free, at the 2016 MTV Video Music Awards on Sunday (above).

The "Fallin'" singer sure is an inspiration! What do you think about Keys' comments? Sound off below and check out the gallery above to see more stars without makeup!