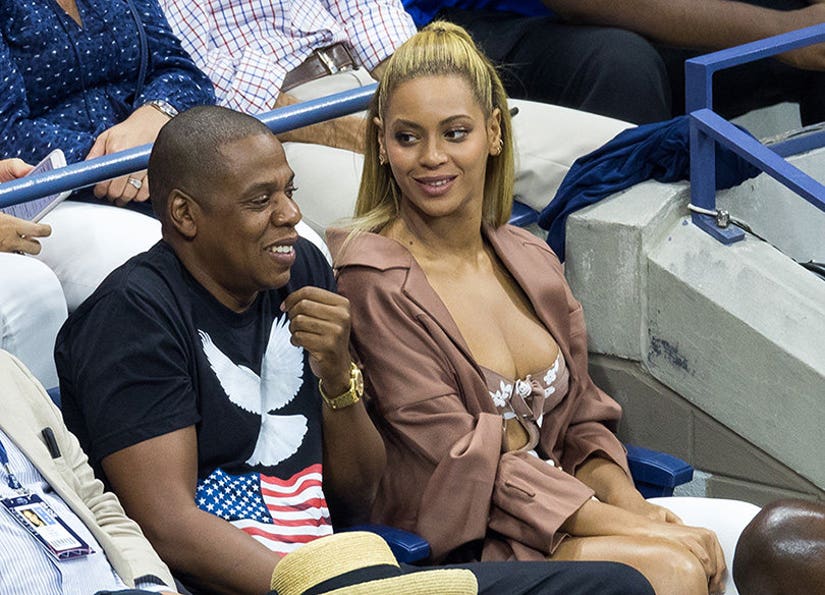 Talk about a match made in heaven!

Beyonce and Jay Z hit the U.S. open for their date night on Thursday. The courtside couple turned out to cheer on friend Serena Williams, who competed (and won) against Vania King during the second round of the Women's Singles match.

But Williams wasn't the only person who slayed. Queen Bey looked absolutely flawless as she sat in the stands.

Rocking blonde strands styled in a half-up, half-down 'do, the 34-year-old decided to show off her famous curves in a plunging for Love and Lemons bustier top with a cleavage-flaunting keyhole cutout. She paired the top with a white, body-hugging Cushnie et Ochs pencil skirt featuring a thigh-high slit and a finished off the look by throwing on a loose-fitting duster coat. Multiple hoop earrings along each ear added edge to her ladylike look. 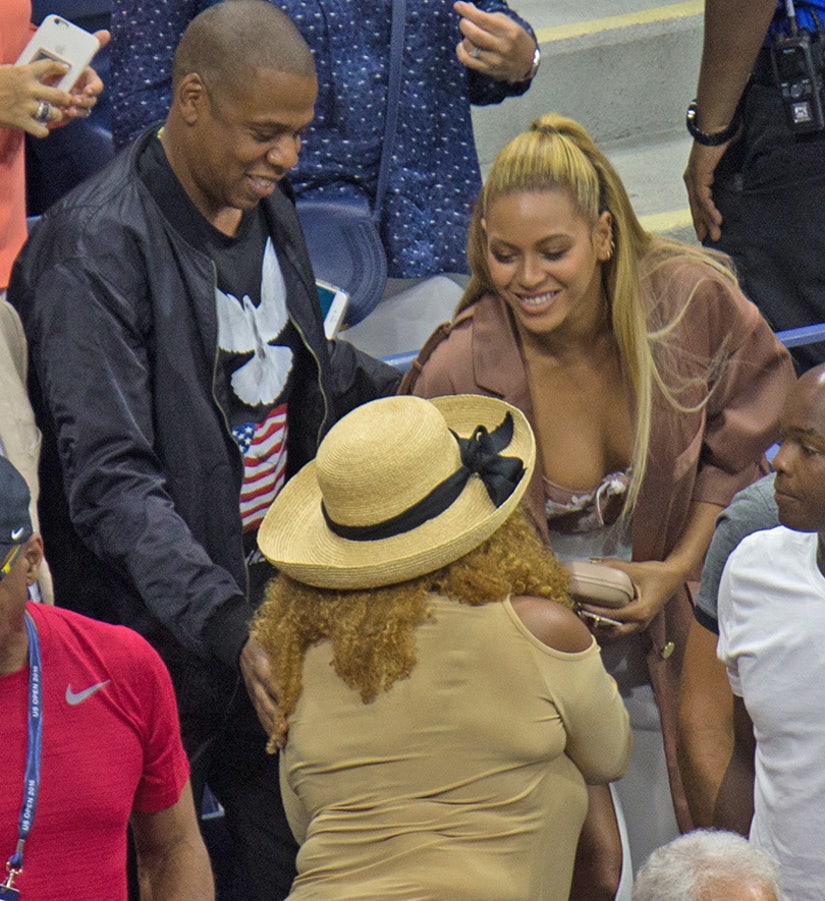 It's no surprise that Jay and Bey would turn out to support Williams. The tennis pro made a memorable cameo in Beyonce's "Sorry" video, where she dances up a storm in a black leotard.

And it appears that the power couple is close with the entire Williams clan, as they made sure to chat with the athlete's mom—who sat one row in front of them—during the match.

Of course, having famous friends is nothing new for pair; earlier in the week they met up with hip hop's hottest couples, including Kanye West and Kim Kardashian, Alicia Keys and hubby Swizz Beatz, as well as Diddy and Cassie for a late night hangout session at Pasquale Jones following the MTV VMAs awards.