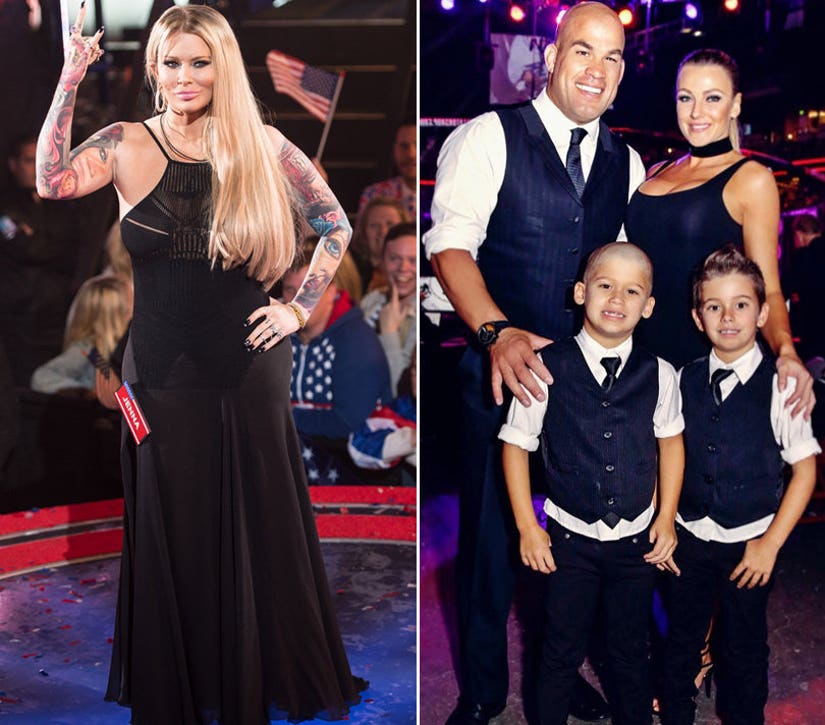 The messy feud between Jenna Jameson and Tito Ortiz is back on.

The pregnant star took to Twitter this week to shade Amber Nichole Miller, Ortiz's GF of three years, accusing her of using her stolen property ... namely, a purse.

I think it's odd that my exs girlfriend carries my expensive purses he stole from me. Seriously, have you no shame? pic.twitter.com/1nhHtjh3cZ

It only escalated from there, as she then said Miller "has no self worth," before re-tweeting and replying to a bunch of her fans' nasty comments.

You'd think it would bother her #sad https://t.co/CD3q3mkTv6

Miller clearly started seeing some backlash on her own Twitter page and began responding to Jenna's followers who were calling her out.

That didn't sit well with Jameson, who continued to rail against Miller in another series of tweets.

Look up the definition of covets. You have coveted my life, my belongings and my family for years. Too bad you can't have one of your own.

Sorry to all my lovely followers, but sometimes you just have to put a bitch in her place. I am everything she will never be.

Also snapchatting my seven year old twins is deplorable. Do you have any shame? You look desperate and insecure #notformuchlonger

But Amber wasn't done yet either, bringing up the fact that Tito is the one who has full custody of twins Jesse and Journey.

@Nina_Lo2425 her not seeing these amazing little boys is because of her choices! has nothing to do with me! I have loved them as my own 3yrs

@MSantangello a bonus mom is a special person who loves the littles as her own and put them before anything or anyone else!! I have for 3yrs

In a tweet to another Jameson fan, Miller added, "3yrs has gone by the COURT does what is safest and healthiest for the boys period!!" When someone else said that they were both acting "like juveniles," the former ring girl added, "I do not entertain the nonsense. I refuse to get into name calling and juvenile attacks. I simply state facts."

So far, Ortiz has remained silent, but last year dissed his ex by saying she "abandoned" their boys.