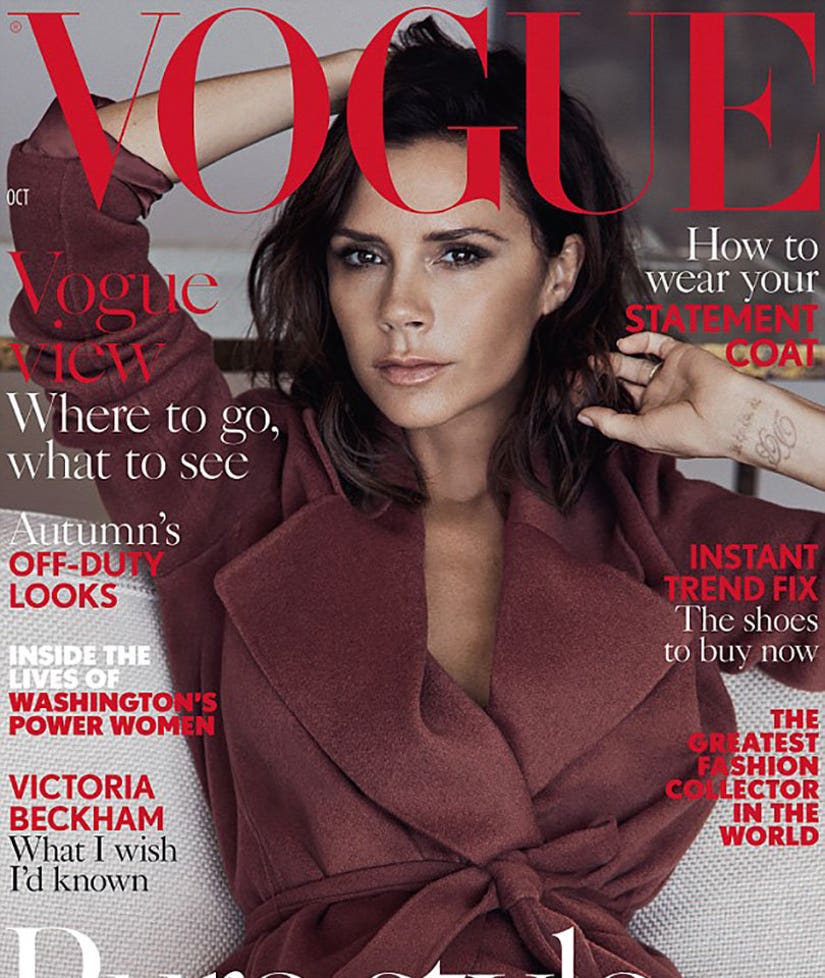 Victoria Beckham is taking a walk down memory lane.

As the October cover girl for Vogue UK, the 42-year-old penned a letter to her 18-year-old self entitled "What I Wish I'd Known."

Chief among the messages she would have relayed to her teenage self?

"Yes, love at first sight does exist," she writes, before reminiscing about the first time she met husband David Beckham.

"It will happen to you in the Manchester United players' lounge—although you will get a little drunk, so exact details are hazy," she continues.

And while some might think Victoria, who was in her Spice Girls heyday at the time, was attracted to her future husband's own celebrity status, she reveals that she was she "was the famous one" when they first crossed paths.

Instead, the fashion designer was impressed by the athlete's family values.

“While the other football players stand at the bar drinking with their mates, you will see David standing aside with his family," she revealed. "And he has such a cute smile. You, too, are close to your family, and you will think how similar he feels to you. He's going to ask for your number. (He still has the London-to-Manchester plane ticket on which you wrote it.)"

How cute is that?

But aside from letting her younger self know that she would be lucky in love, Victoria lets the "struggling" teen--whom she points out suffered from "bad acne" and was "not the prettiest, or the thinnest, or the best at dancing"--that she can look forward to feeling less self-conscious as she matures.

"You are going to have so much fun with your clothes – PVC catsuits; chokers that say absurd things; weird spiky blonde hair," the Brit babe writes, referring to her red carpet fashion choices throughout the years. "It will never occur to you that you appear ridiculous. You will turn up at awards ceremonies resembling a drag queen. But I look back at you and smile. It will add interest to your life to go from one extreme to another. I love the fact that you will feel free to express yourself."