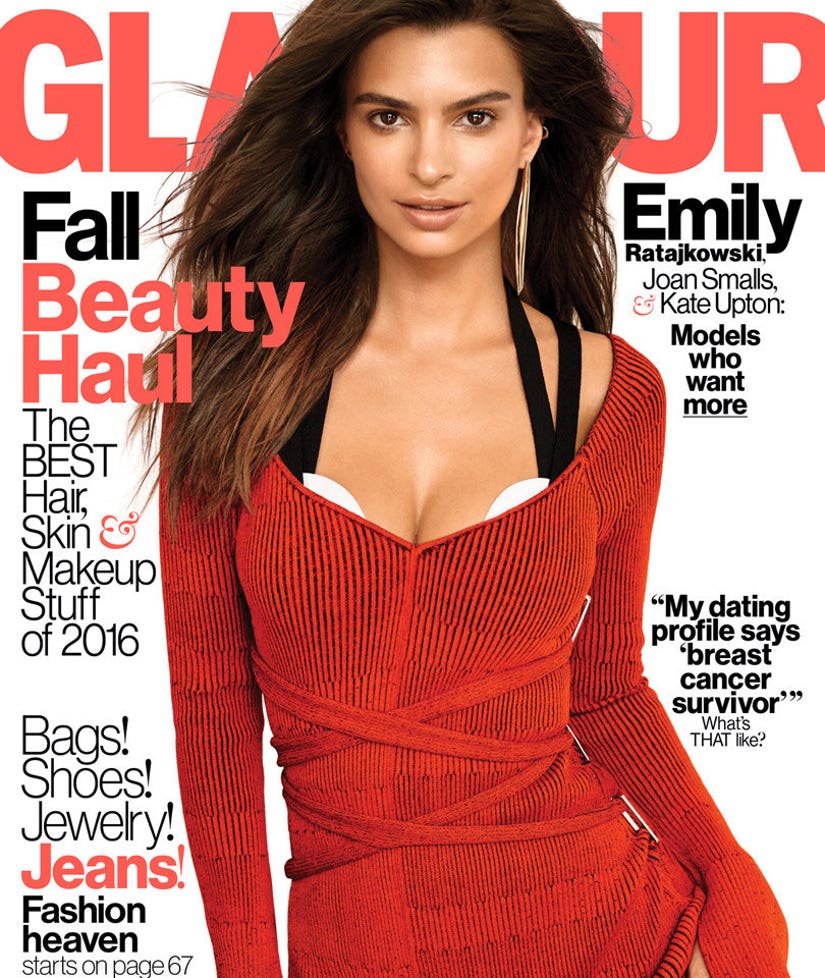 Emily Ratajkowski is more than just a pretty face.

The 25-year old model is speaking up about the double standards women face in society in a thoughtful essay she wrote for the October issue of Glamour magazine.

Ratajkowski, who appeared nude in Robin Thicke's "Blurred Lines" video and posed topless alongside Kim Kardashian in that infamous selfie, knows a thing or two about living under public scrutiny, but she points out women are often judged more harshly than their male counterparts.

And she compares two well-known musicians—Madonna and Mick Jagger—to prove her point.

“Look at pop culture: Mick Jagger is 73, and he still sometimes wears his shirt open and gyrates onstage," she writes. "We understand that this is a part of his performance and artistic brand. Meanwhile, when Madonna, who is 58 and a revolutionary in that same kind of artistic sexuality, wears a sheer dress to the Met Gala, critics call her 'a hot mess' who's 'desperate.' But isn't she just making one of her signature political statements about female sexuality (and, incidentally, about our ageist, sexist culture too)? In any case, they are both performers who undoubtedly like attention. So why does Madonna get flak for it while Jagger is celebrated?”

The October cover girl also takes the time to relay the heavy criticism she's faced since living in the public eye. When, for instance, she spoke at a Bernie Sanders rally, she revealed she was immediately accosted by internet troll who accused her of being an attention whore.

"I realized then that I've been called an attention whore so often that I had almost gotten used to it," she explained. "And as women we are accused of seeking attention more than men are, whether for speaking out politically, as I did, for dressing a certain way, or for even posting a selfie."

But she points out that women are often just as guilty as men at shaming other women.

“Often it's men propelling these acts of sexism, but women discount one another too: Think about how many times you've heard a woman say about another woman, 'Oh, she's just doing that for attention,'" she writes. "We've internalized this trope. Our society tells women we can't be, say, sexy and confident and opinionated about politics. This would allow us too much power. Instead our society asks us to declare and defend our motivations, which makes us second-guess them, all while men do what they please without question."

The "Gone Girl" actress concludes her essay by saying women shouldn't have to censor the way they present themselves to the world.