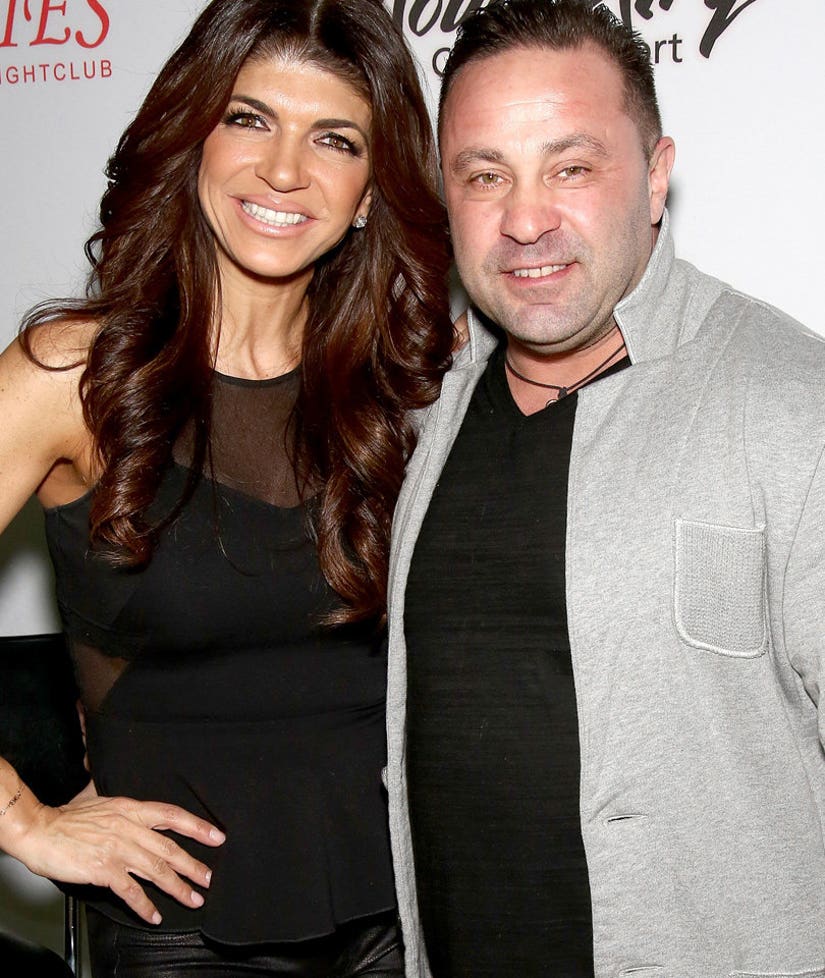 During Monday night's episode of "Real Housewives of New Jersey," an innocuous family conversation about bills ended with Joe Giudice telling wife Teresa that he's going to "smack her f—king head" up against the wall.

In the heated moment, Teresa keeps her cool and maintains, "You need to keep your mouth shut," while Joe continues his tirade, telling her to "Shut the f—k up."

A still calm Teresa says, "I think you need to leave," as Joe storms out of the room, saying that he "can't wait to leave [for prison]," and that the only thing he'll miss are his children.

In a confessional, Teresa makes excuses for his pre-prison behavior, saying it's the "alcohol speaking."

In another clip, the couple's 15-year-old daughter Gia sounds off on her father's behavior -- saying it's definitely taken its toll on the kids as well.

"He needs to go," Gia vehemently says, after telling her mother that she, too, has been butting heads with the Giudice patriarch, adding that jail "will be good for him."

"I think he just needs to realize what he has," the 15-year-old reality star laments, "so that he can just get his s--t together."

Though Gia says she's going to miss her father, she claims that she's "not even worried about" him leaving the family for an extended period of time.

Joe is currently serving a 41-month sentence in federal prison for wire, bankruptcy and mail fraud.

What do you make of his actions in the video above? Sound off below.