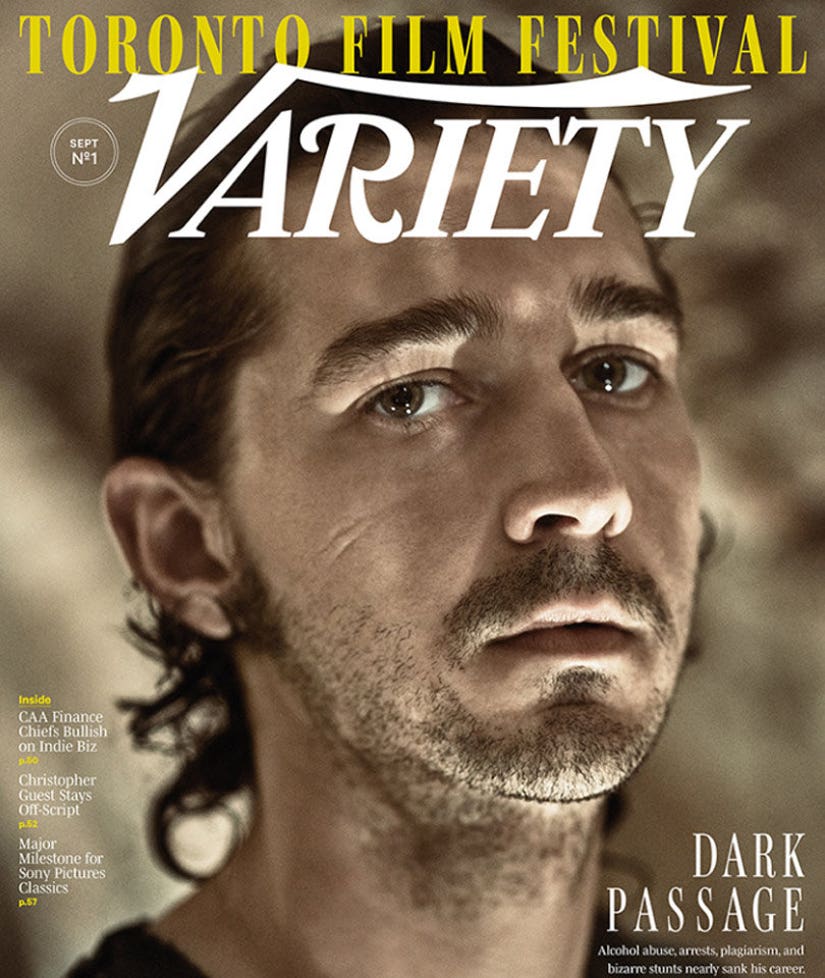 The actor gets candid about his experiences with alcohol and Hollywood in a new interview with Variety.

Though the former Disney star has definitely had his fair share of ups and downs, it sounds like he's in a much more balanced place today.

"I don't think I'd be working with the directors I've been working with if I had not f–ked up a bit," he says of his past mistakes. "They wanted a f–king fireball. They wanted a loose cannon. I'm learning how to distill my 'crazy' into something manageable, that I can shape and deliver on the day."

Aside from managing his "crazy," Shia's gotten his personal life in order too. He's engaged to British model Mia Goth and says he's even toned down his drinking.

"I got a Napoleonic complex," he admits. "I start drinking and I feel smaller than I am, and I get louder than I should. It's just not for me, dude."

"Alcohol or any of that si-t will send you haywire," continues the young star, who tells the publication he's attended AA meetings. "I can't f–k with none of it. I've got to keep my head low."

"I never knew how to drink," he declares. "I never liked to drink, but I knew you had to drink. It was a weird post-modern fascination with the f–k-ups. When I met Robert Downey Jr., I was like, 'Man, you got all this f–king texture. How do I do this? How do I build texture?'"

While his bad boy persona definitely helped LaBeouf land some grittier roles, it also affected his chances of working on bigger blockbusters.

Shia was approached by director David Ayer for "Suicide Squad" after starring in "Fury" ... but the part eventually went to Scott Eastwood.

"The character was different initially," LaBeouf reveals. "Then Will [Smith] came in, and the script changed a bit. That character and Tom [Hardy's] character [later played by Joel Kinnaman] got written down to build Will up."

"I don't think Warner Bros. wanted me," Shia says of why he didn't get the part. "I went in to meet, and they were like, 'Nah, you're crazy. You're a good actor, but not this one.' It was a big investment for them."

He also had some interesting thoughts on working with Steven Spielberg for DreamWorks films like "Transformers," "Indiana Jones and the Crystal Skull" and "Eagle Eye."

"You get there, and you realize you're not meeting the Spielberg you dream of. You're meeting a different Spielberg, who is in a different stage in his career," he says. "He's less a director than he is a f–king company."

"I don't like the movies that I made with Spielberg," he adds. "The only movie that I liked that we made together was 'Transformers' one."

What do you think about the actor's candid comments? Sound off below and check out the gallery above to see more stars who've turned the lives around!