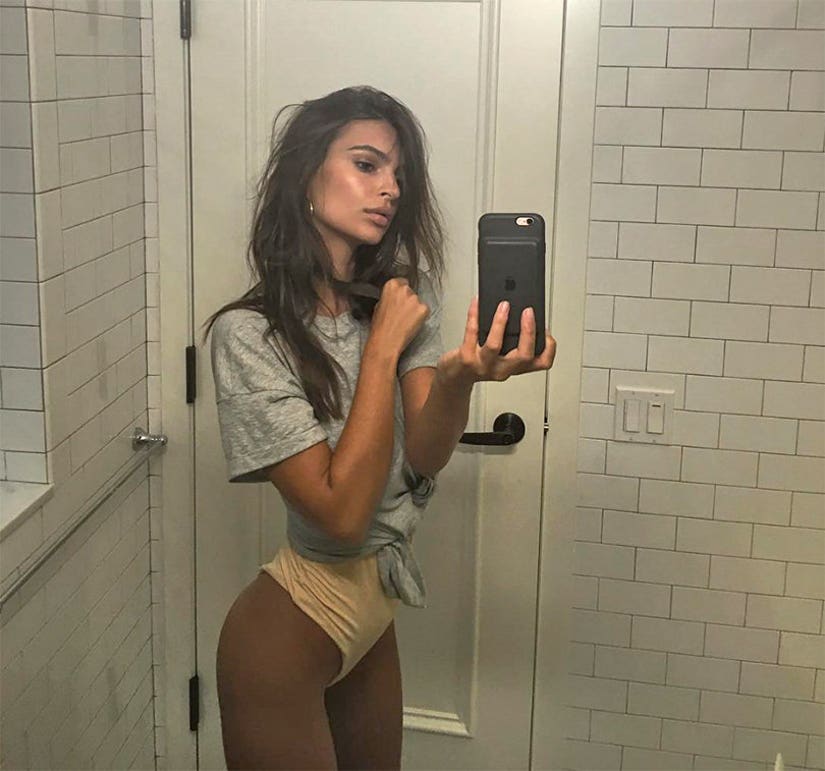 Feminist/model/superhero Emily Ratajkowski isn't afraid to show off the goods!

The stunning star took to Instagram on Wednesday to put her ample assets on display in a bathroom selfie, showcasing her tousled bedhead and her physique in an oversized tee and tan bodysuit.

The star's waist is trim and toned, and the sultry, carefree expression on her face says it all — she's confident in what she's doing and DGAF about what the haters think.

Emily recently spoke with Glamour about the double standards that run rampant and against women in Hollywood, saying, "Look at pop culture: Mick Jagger is 73, and he still sometimes wears his shirt open and gyrates onstage."

"We understand that this is a part of his performance and artistic brand," she says. "Meanwhile, when Madonna, who is 58 and a revolutionary in that same kind of artistic sexuality, wears a sheer dress to the Met Gala, critics call her 'a hot mess' who's 'desperate'."

"But isn't she just making one of her signature political statements about female sexuality (and, incidentally, about our ageist, sexist culture too)?" she questions. "In any case, they are both performers who undoubtedly like attention. So why does Madonna get flak for it while Jagger is celebrated?"

On feminism, she added, "The ideal feminist world shouldn't be one where women suppress their human instincts for attention and desire."

There's nothing more compelling than a good head on a really gorgeous set of shoulders!