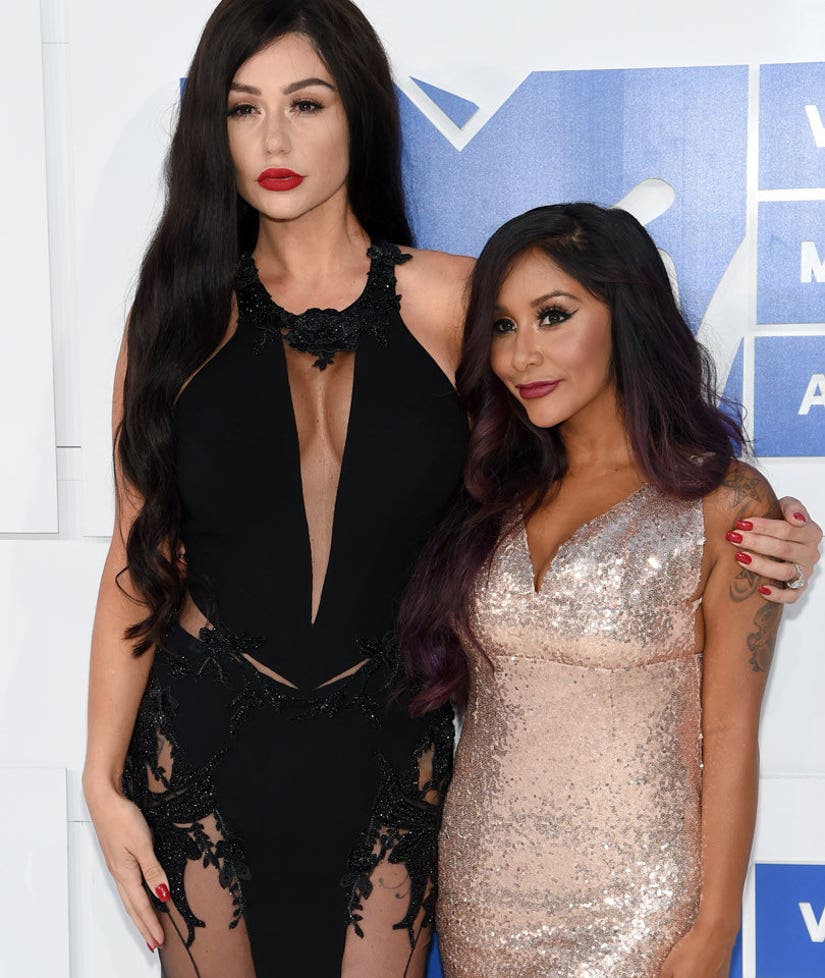 When Nicole "Snooki" Polizzi and Jenni "JWoww" Farley hit the red carpet at the MTV Video Music Awards last week, one of them was nearly unrecognizable.

Sporting an extremely low-cut black dress with sparkly black applique and a sheer bottom half, JWoww matched her goth gown with equally-dark hair, pale makeup and a bold red lip.

While Farley later said she "never felt more beautiful" when sharing a snap on Instagram, others weren't as kind ... as she caught some backlash for the dark makeover. 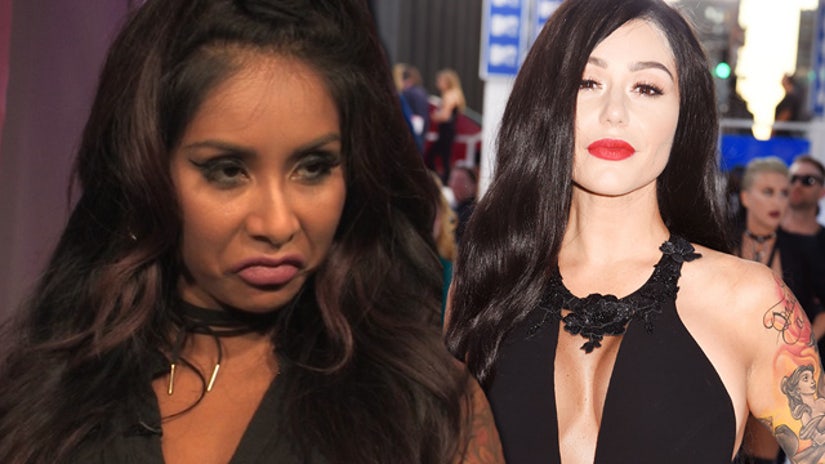 toofab's Brian Particelli caught up with Jenni's BFF and "Moms with Attitude" costar earlier this week, where she defended the gloomy getup and revealed why she thinks people weren't impressed.

"She's been preparing for the VMAs for forever. She wanted a new sexy look, she wanted to get back to her JWoww sexy look with the boobs out," Polizzi explains.

"She honestly looks better than she's ever looked ever. I'm so proud of her, she works so hard," Nicole continues. "People did not like her look, I thought she looked hot, she had the new sleeve. I think it was the way she posed. I told her to smile. She gets nervous for those things. She was showing me all nice poses and then she went on and [blank face] I was like, 'Why do you look so angry?!'"

She's got a point ... the reality TV star kept a straight face for almost every picture we can find from the night. In some, she just looks downright miserable.

"I think if she smiled, she would have had a better reaction," adds Snooks. "She needs to smile, calm down!"

Check out the gallery above to see more of the WTF looks at this year's show.

And be sure to check out Nicole and Jenni on "Moms with Attitude" when it returns on Awestruck for Season Two next week.