Tom Hanks appears on Friday's "The Ellen DeGeneres" show, where he and Ellen have one hilarious "Pixar-off."

Check out the clip above to see Tom and Ellen speak as their respective Pixar characters, Woody from "Toy Story" and Dory from "Finding Dory."

We're pretty impressed that these two can both get back into character so easily. "Do you not find that it's incredibly hard work, the recording session?" Tom asks Degeneres in the sneak peek.

"You know it's harder work than people think it is, because it's emoting just your voice [that's] doing all the acting. Even though it doesn't seem like hard work it is," she says.

Make sure to check out the rest of the clip to see which sound bites the duo are asked to repeat time and time again!

Later on the show, Hanks opens up about his new Clint Eastwood-directed movie, "Sully," where he plays real-life pilot Captain Chesley "Sully" Sullenberger, who made an emergency landing on the Hudson River after a flock of geese struck his airliner. By some miracle, all 155 passengers and crew survived the crash landing.

For the part, Hanks had to dye his hair stark white, something that definitely took a toll on his mane. "My hair was dyed, bleached, acid washed," Tom jokes in the clip. "My hair is the most brittle material known to man."

"White hair, you either grow it or you paint it or you dye it ... I spent so much time in the beauty parlor Ellen," Hanks adds. 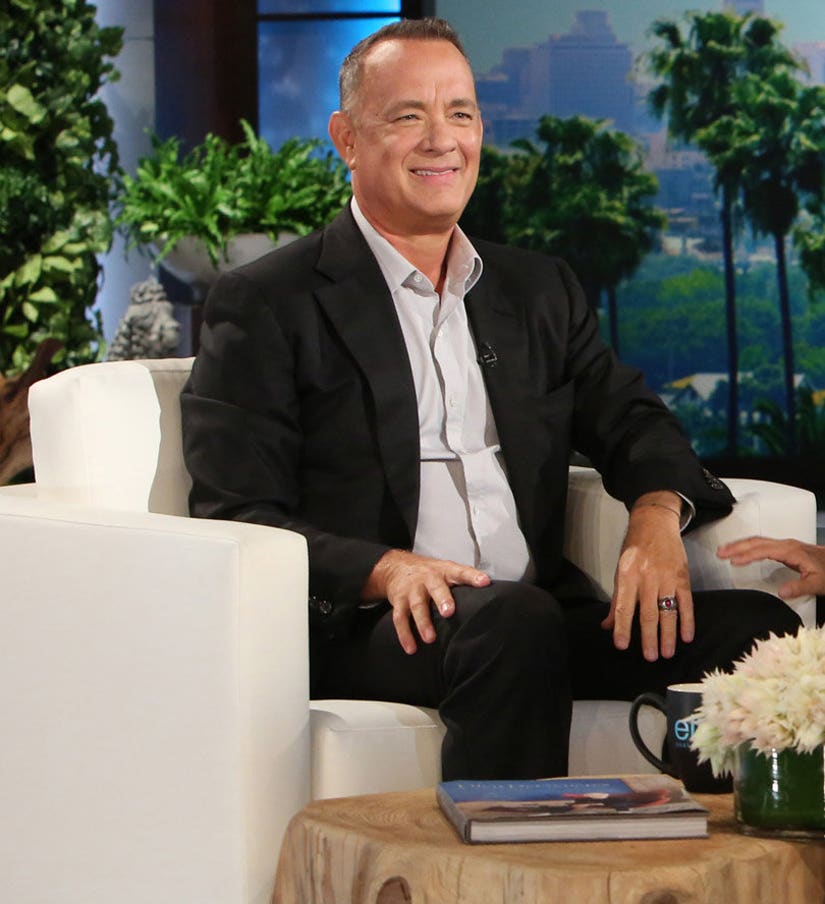 We can't wait to see Hanks as Captain Sully. Check out the gallery above to see more stars who've transformed their looks for a role and make sure to check out "Sully" in theaters now!