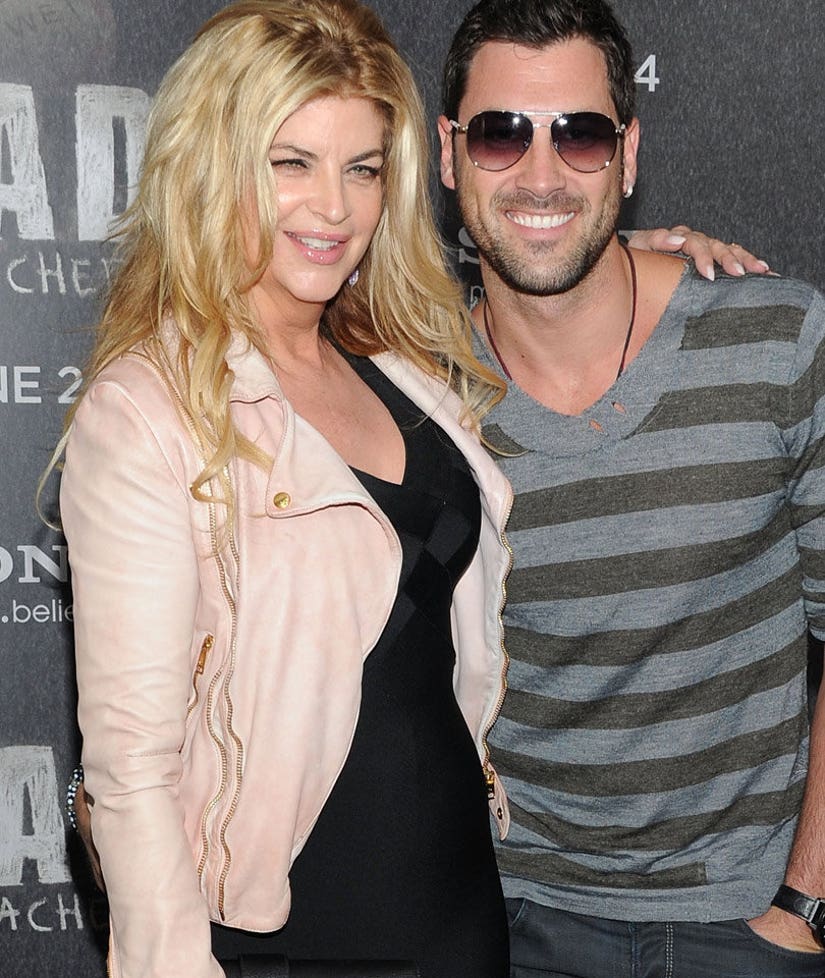 Maksim Chmerkovskiy and Kirstie Alley may have made a great pair on "Dancing with the Stars," but that friendship is long gone now.

The two competed together twice, coming in second place in 2011 and 7th in the 2012 All-Stars season, but have since had a major falling out. With Season 23 premiering tonight, Maksim opened up about some of the drama behind the scenes in a new interview with Us Magazine, where he got incredibly candid their seriously strained relationship.

So, what's to blame? In Maks' mind, the answer is simple.

"Scientology happened. You can thank [my friendship with] Leah Remini for that," he explains. "A note was sent to a friend telling me I was 'disconnected,' as in, I am no longer allowed to be Kirstie's friend. I find it ridiculous for an adult human being to 'disconnect' from someone. But everyone is entitled to their own insanity."

Remini famously made headlines for publicly leaving the controversial religion in 2013, a topic she spoke about at length on "DWTS," her reality show and in her memoir, "Troublemaker: Surviving Hollywood and Scientology."

"I think that is the most repulsive thing that a person can do… is attack another person's faith," Alley later said of Leah on Howard Stern. She went on to call Remini a "repulsive bigot."

"When you are generalizing and when your goal is to malign and to say things about an entire group, when you decide to blanket statement that Scientology is evil, you are my enemy," Alley added.

Remini later appeared on Howard as well, saying she understood why Alley felt the need to retaliate.

"I understood it because I know the policy," she explained. "I understand that hiding behind, you know, religious bigotry is the route to go."

For the record, the church denies Remini's allegations -- and say she was "expelled" for "repeated ethical lapses and callous treatment of others."