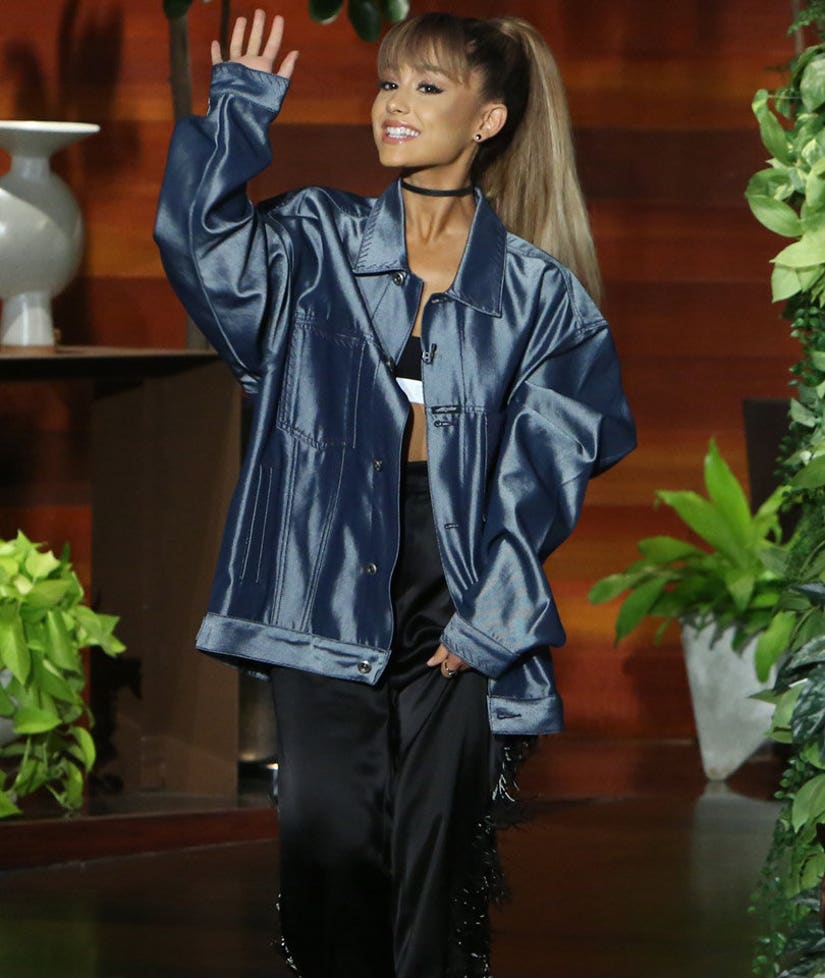 Ariana Grande is not one to kiss and tell.

On Wednesday, the "Into You" singer stopped by "The Ellen DeGeneres Show," where she was asked about her love life—and became incredibly flustered!

"I don't know man. This is so crazy," she said, while nervously fiddling with her oversized jacket. "I wasn't prepared for this."

Ever the intrepid host, Ellen DeGeneres continued with the personal line of questioning despite Grande's oh-so-obvious discomfort. The host brought up Grande's beau Mac Miller by name, and reminded the pop star of the couple's performance on her show three years ago.

"I asked you something about him [at the time], and you said, 'I'm his homie.' And now he's living in your homie," DeGeneres joked.

"This is so crazy," said a clearly embarrassed Grande, who kept covering her face with her hands throughout the segment. "I've never had the like relationship talk on a show before."

DeGeneres was quick to point out the 23-year-old that she wasn't exactly talking about her romantic life.

"It's just me so far," she teased Grande about their one-sided conversation. "You haven't joined it."

But when the "Finding Dory" star point blank asked the singer if she was, in fact, with Miller and if she was happy, Grande was able to gain enough composure to smile and say "Yes" -- before quickly bowing her head in her lap and covering it with her arms.

Though she may have been difficulty dishing on her relationship with the rapper, she's been more comfortable packing on the PDA with him in public. Just last month, she planted a kiss on her man in front of cameras at the 2016 MTV Video Music Awards Republic Records after party, and she captioned a recent Instagram shot of the two of them embracing on the floor with the word, "baabyyy."