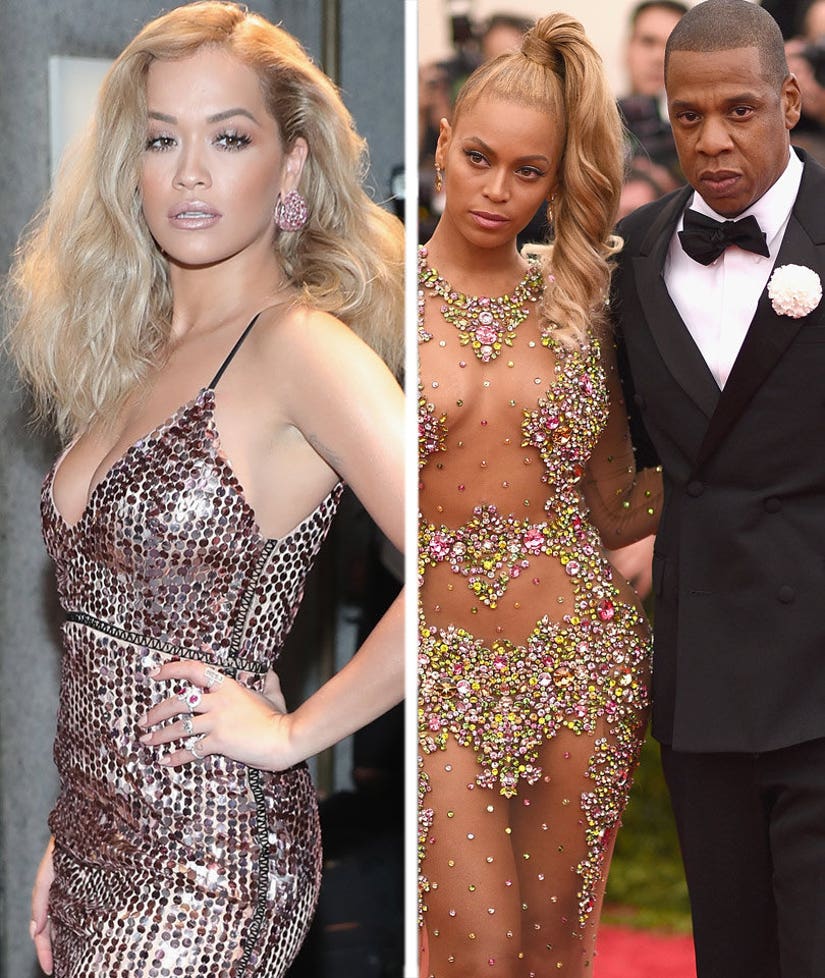 The pop star opened up about all the hearsay during a new interview with Vanity Fair.

During the candid conversation, Rita said she was extremely upset when she was named as one of the possible Jay Z mistresses Beyonce alluded to in her song "Sorry."**

"First and foremost, Jay Z is my inspiration and one of my idols — lyrically, musically, business-wise," the 25-year-old told the mag. "I still look up to him and his wife every day. Beyonce was one of my biggest idols growing up."

The rumors first started after Ora -- who had a deal with Jay Z's label, Roc Nation, from 2008-2016 -- shared a Snapchat of her wearing a lemon-printed bra ... around the same time Bey's new album, Lemonade, dropped.

The "Body On Me" singer made headlines again when she showed up to a Met Gala after party rocking a "Not Becky" pin.

"That [pin] was a present from Katy Perry," she explained. "Maybe I was the only one seen wearing it, but there were others. As for the rest of it, I'm oblivious, I'm just not the gossip queen. I find it incredibly rude and disrespectful to women in general [when] we get accused of something that's basically against the important part — the music."

Another bit of tabloid drama she addressed: her ex, Calvin Harris, reportedly banning her from performing the song he wrote and produced for her, "I Will Never Let You Down."

"He's very talented," she says now. "I have had a few dramas, haven't I? I think in general I've learned my lesson to not talk about relationships and gossip because I've been at the center of it a few times and it's not worth it. And I have been heartbroken ... just once. Love is so great, but it also can be the most dangerous thing on planet earth. People do crazy things when it comes to jealousy and love."

At least it seems like the dust has settled with all the Jay-Z cheating rumors -- what do you think about Ora's candid comments? Sound off below and check out the gallery above to see more celebrity feuds!