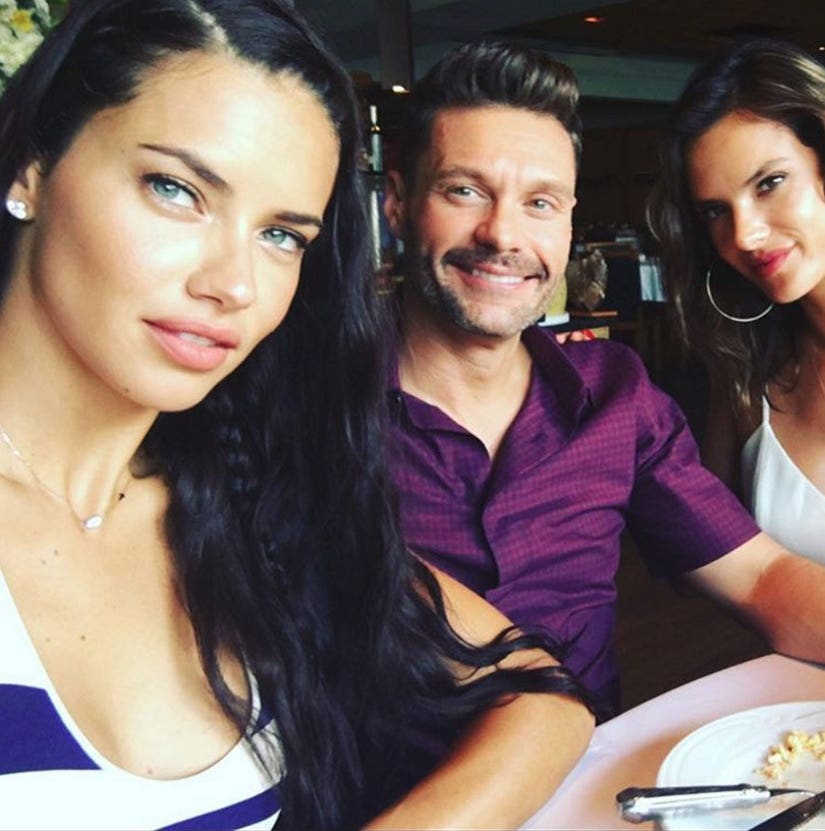 Who do you think is the better match?

Adriana Lima and Ryan Seacrest are dating, according to E! News.

The pair met while covering the summer Olympics in Rio, where the Victoria's Secret model showed Seacrest, 41, around her native Brazil.

Lima, 35, took to Instagram to share shots of herself and fellow Brazilian Alessandra Ambrosio showing the "American Idol" host around their country during the Olympics. And the Brazilian beauty had nothing but nice things to say about the radio personality.

"With the charismatic- handsome @ryanseacrest and the beautiful @alessandraambrosio," she captioned a shot of the trio enjoying a meal together.

Lima and Ambrosio, who were working as food and culture correspondents for NBC during the games, even took the time to share the Brazilian dessert delicacy, brigadeiro, with Seacrest, who was all smiles when enjoying the sweets with the leggy ladies.

And it appears the romance, which may or may not have kicked off in Rio, is more than just a case of summer lovin,' since the pair reconnected in New York, where they were spotted sharing an intimate dinner at Dell'Anima