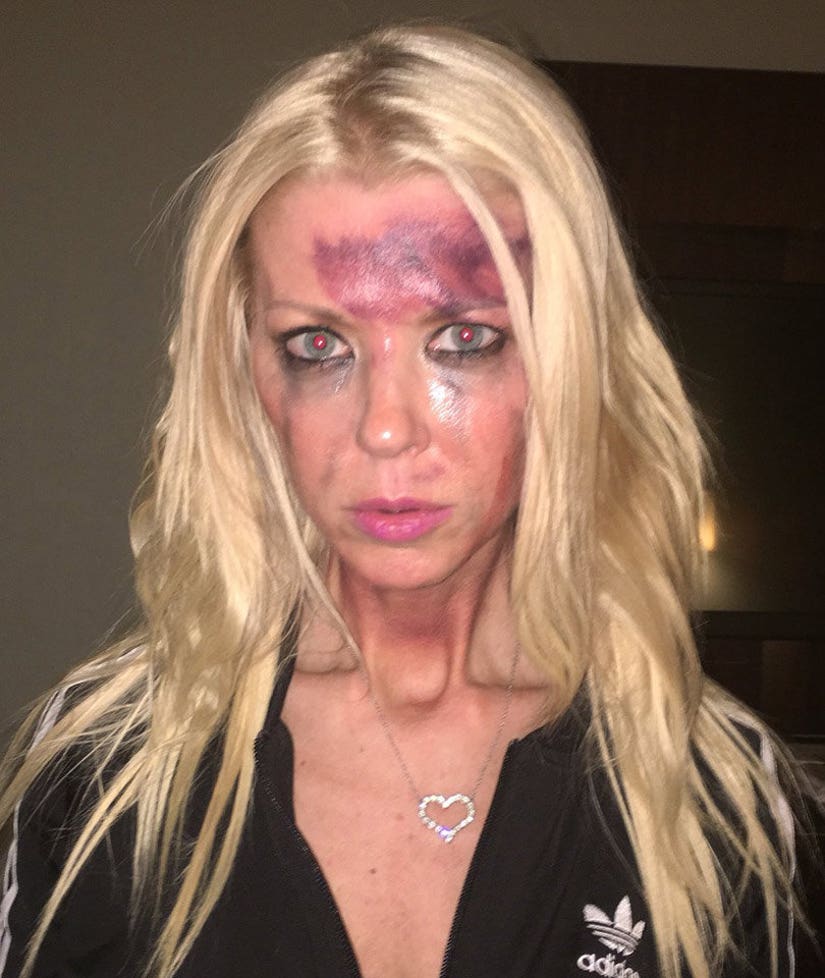 Get ready to see Tara Reid like you've never seen her before.

"Everyone be kind to each other," she captioned they shocking shot. "This is what bullying looks like. #Worthless"

But fans of the 40-year-old can rest assured, because her injured appearance came courtesy of makeup for her new film.

"I'm so excited being back in New Jersey where I was born and raised," she said via Twitter on Monday. "I'm shooting my new movie Worthless it's an anti bullying movie."

Reid, however, is no stranger to bullying, having been the victim of disparaging remarks about her appearance for years.The blonde beauty even took the time to address the body shaming she's experienced.

"I feel great about my body," she said in an interview with In Touch. "People always tell me to eat a burger—I love burgers! If I were to gain 10 pounds, I'd be asked why I got fat. I'm thin—and I'm good with that."

"People need to stop with the body shaming!" she continued. "I won't let what anyone says stop me from enjoying my life."