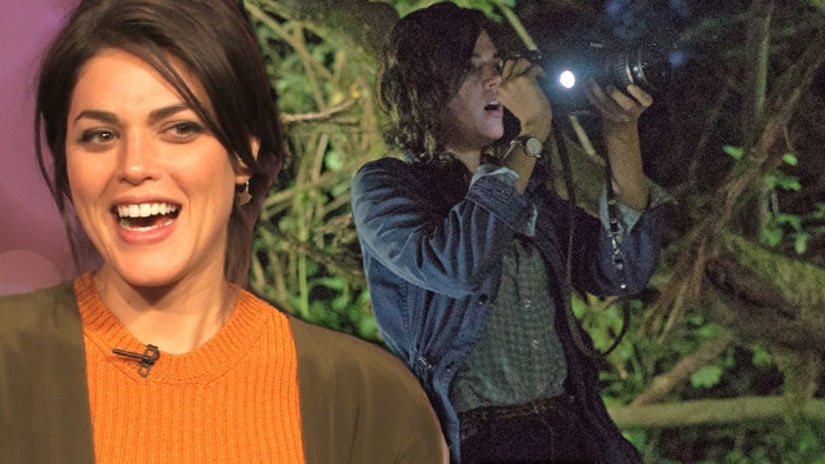 The "Blair Witch" is back!

17 years after "The Blair Witch Project" made us all afraid to wander in the woods, a surprise sequel is hitting theaters this weekend.

Somehow Lionsgate was able to accomplish the impossible, filming a followup to one of the most well-known horror movies of all time without anyone finding out. The cast and crew were able to keep shooting a total secret, with news of the film hitting the public only after it screened for the first time at Comic-Con in July.

In a time where spoilers run rampant, this is huge.

Ahead of Friday's big opening, we sat down with star Callie Hernandez to talk about the hush hush set and how director Adam Wingard completely freaked them out during filming. Plus, keep reading to see what she said about her roles in the upcoming "Alien: Covenant" (not much) and "La La Land."

Hernandez says the actors had no idea what they were auditioning for when they met with casting directors.

"All through the audition process we had no idea what we were doing and all of a sudden it was just dropped on us," she tells toofab's Brian Particelli. "It was so hard not to tell my mom [what I was working on]. They sat us down, like, great, this is what you're doing. Now don't tell you mom! I thought he was kidding, but he was not kidding." 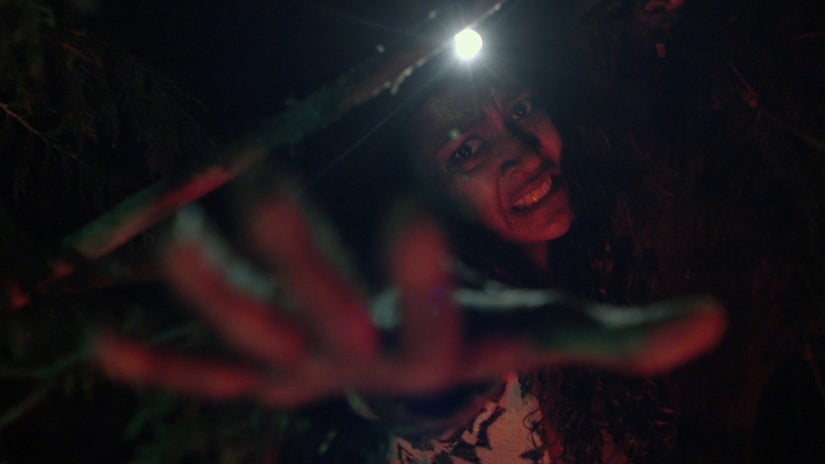 The new film follows another group of tech-savvy twenty-somethings as they venture into the Black Hills Forest near Burkittsville, Maryland. The gang includes the younger brother of Heather from the 1999 flick, who's on the hunt for his missing sister after a video pops up online that may show she's still alive.

"Blair Witch" makes many references to the original film ... a film Hernandez hadn't seen before she was cast in the sequel.

"Once they explained what we were doing, I went home and watched the movie," she explains. "Then we watched it together before we filmed, which was cool. When I watched it, I understood completely the terror that came from it!"

The shoot for the flick took place over 32 days in British Columbia, in and around Vancouver, and included many long nights in the woods. And while the cast members were supposed to be scared of the titular character, it was another mythical creature that ended up popping up on set.

"Adam did play one prank on us," divulges Callie. "When we were shooting, the way you can hear animals is you hear twigs snapping. At one point, we were shooting something and we heard BIG steps. We all got a little spooked. Adam said, 'Come on guys, we gotta keep shooting, we're on a time crunch.' Then we heard it again. Ultimately, a guy in a yeti costume came out and surprised the hell out of everyone. I remember yelling, 'I'M NOT COMFORTABLE, I'M NOT COMFORTABLE,' which is the most ridiculous thing to start yelling. Wow, I sound like an a------."

The shoot also had some "grossly fun" moments for the actress, who spends one especially claustrophobic sequence of the film in a watery, muddy tunnel. Check out the video above to see what it was really like to get a little grimy on set!

Next up for Callie is "La La Land," which she calls a "dream." She's also appearing in "Alien: Covenant," which is being kept shrouded in secrecy as well.

All we were able to get out of her: "The sets are unbelievable."

See her in action when "Blair Witch" hits theaters Friday.