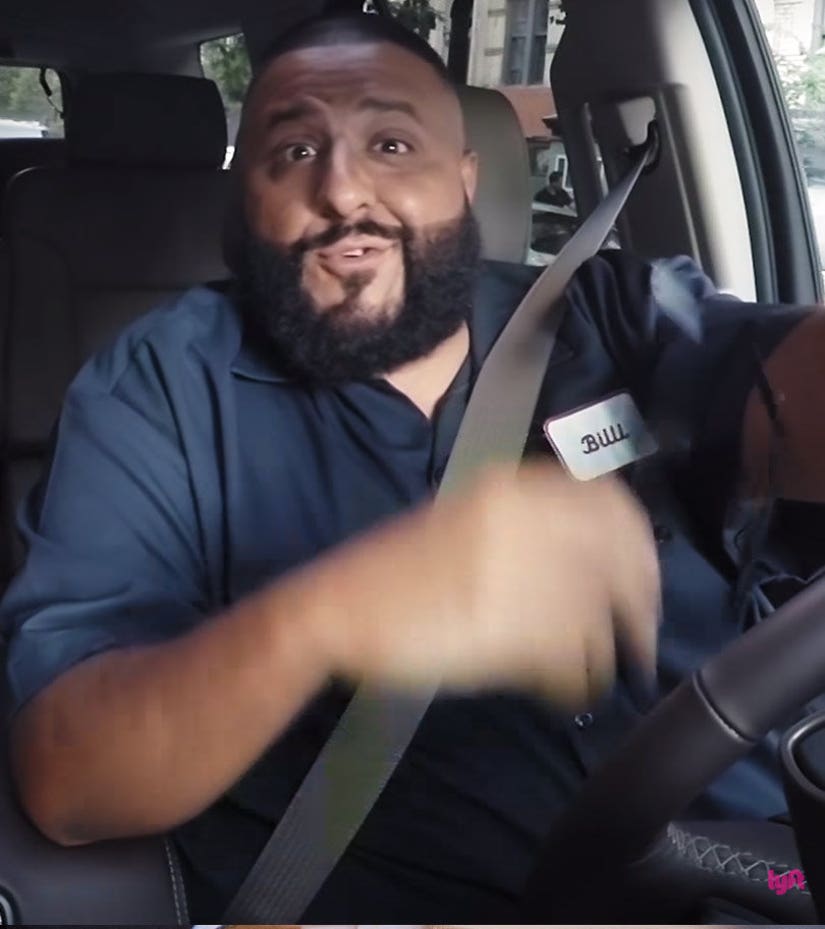 He's got major keys—including one to a Lyft car.

DJ Khaled recently took a break from producing hits to take on a stint as an undercover Lyft driver in New York City.

The only problem was that most of his passengers immediately recognized him, gasping as soon as they got in the car.

"This is what happens when you're too iconic," the 40-year-old says when many of his passengers didn't buy his fake identity as "Billi the locksmith" (you know, because even his alter ego has "got all the keys").

"Icon status!" he yells when he just can't seem to go incognito.

Or it could have been Khaled's flimsy disguise of a sunglasses-and-hat combo.

Nevertheless, a few unwitting passengers fail to recognize Khaled, and he has a bit of fun with them when he tries to clue them into his identity by working his catchphrases into the conversation.

"The key is to look out for everybody's safety," he tells one clueless rider. "That's a major key."

He also alludes to his infamous Snapchatted perils at sea.

When he baits another passenger into revealing whether she's a DJ Khaled fan, she admits she thinks he's a "bit much" and "real dramatic."

Watch all of Khaled's hilarious interactions in the video (above).