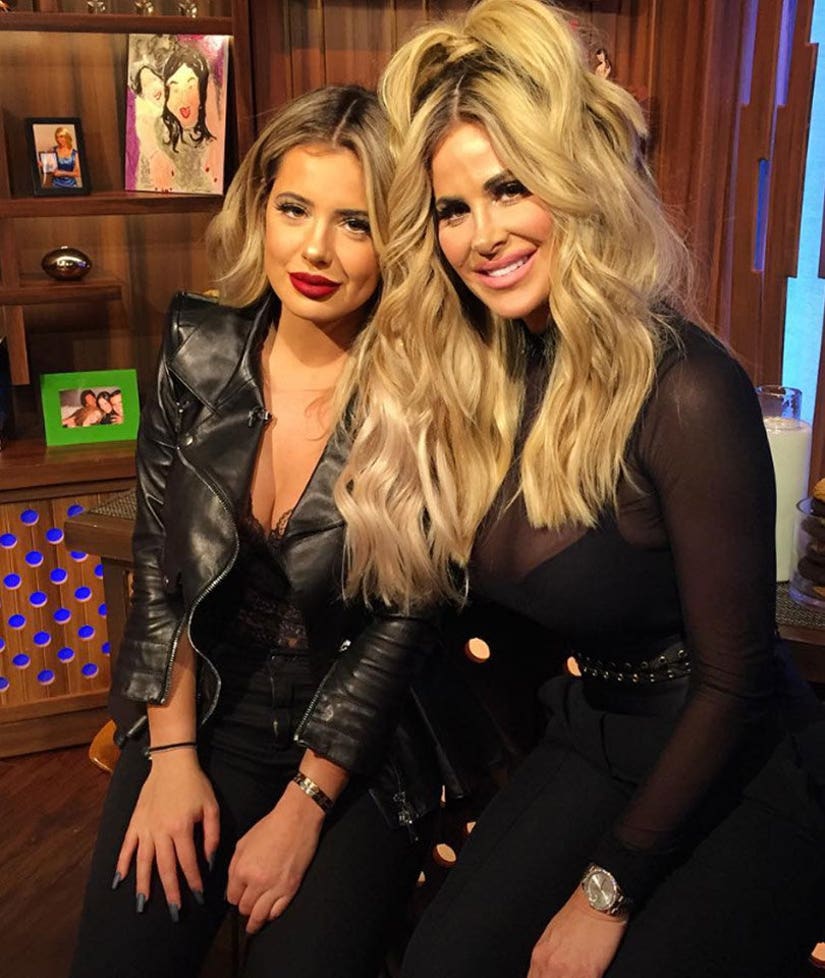 Kim Zolciak stopped by "Watch What Happens Live" on Wednesday where she fully admitted she's a fan of lip injections for herself—and for her daughter, Brielle.

When a viewer asked the "Don't Be Tardy" star about why she allowed her 19-year-old daughter to plump up her pout, Kim made it known that Brielle didn't need her permission to get the cosmetic procedure.

The 38-year-old then went on to clarify that the decision to get the injections was purely Brielle's.

"I've heard her complain about her lips since she came out of the womb, honestly," she explained.

Ever the protective mama, the blonde beauty also admitted that on top of supporting her eldest daughter's decision, she made sure Brielle was in good hands once she underwent the procedure.

As for her own lip injections, Kim told host Andy Cohen that her work—or rather her doctor's—is never done when it comes to upkeep.

"You're never done—it disintegrates," she confessed.

And while Kim is fully supportive of all of her daughter's decisions—including her dream of becoming a celebrity reporter—she recently told toofab in an exclusive interview that she's not looking forward to the day that Brielle leaves the nest.