On Thursday's "The Ellen DeGeneres Show," Eastwood and Kimmel play a little game of "Who Would You Rather" with Ellen .. except everyone else is picking between the two men.

The talk show host takes it out of her studio to ask unsuspecting tourists and staffers which guy they find more attractive.

"I have a question for you -- we're playing a game -- by a show of hands who would you rather, this guy here or this guy here," Ellen asks one group touring the WB lot.

Scott won the first round, getting nearly all of votes. "I don't want to be spiteful, but I don't have to travel around in a tram," Kimmel joked. "I have my own car."

Later in the clip, Scott and Jimmy go around Ellen's office and Scott gets picked again ... before DeGeneres asks Eastwood to spoon her staff member. "I like to be the little spoon," the "Suicide Squad" star jokes.

Later in the episode, the 30-year-old heartthrob reveals he's single, which is met with roaring cheers from the crowd.

Eastwood likewise explains how he wasn't wearing any underwear before being gifted with a pair of Ellen boxers from the comedienne. "You fly without wearing underwear?" Ellen asks. "Well it was a long night in New York and then we got on the plane ...." Clint Eastwood's son replies.

Check out the rest of the video to see their hilarious exchange! 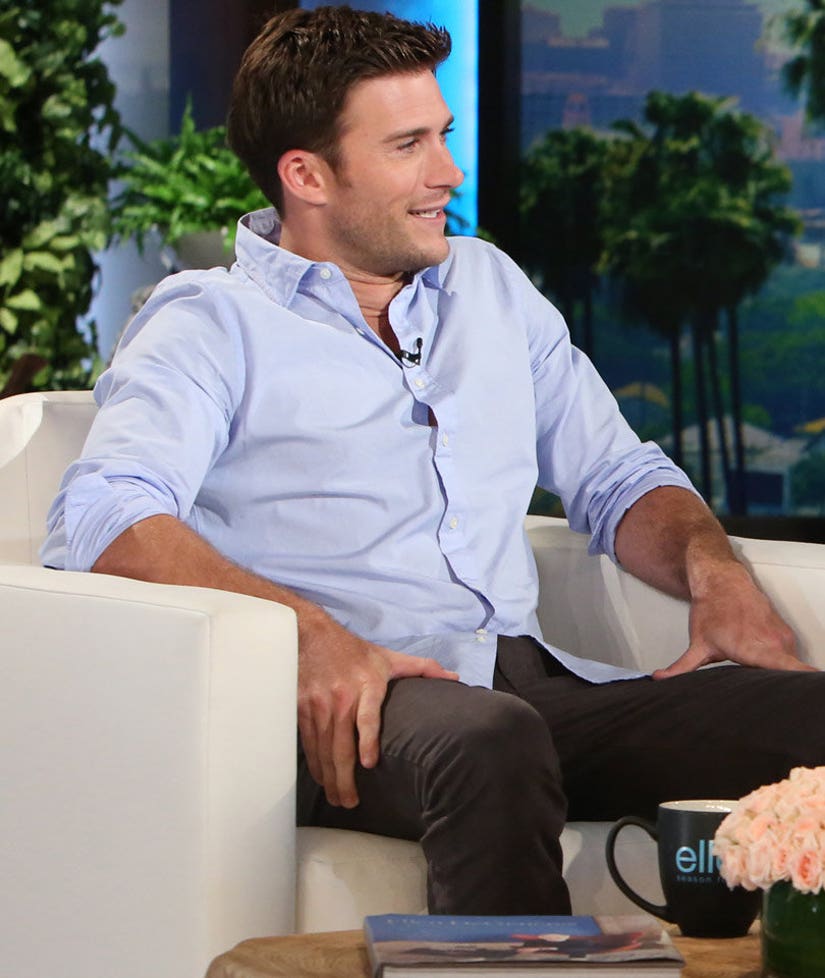 What do you think about Eastwood's appearance? Sound off below and check out the gallery above to see more gorgeous celebrity offspring!