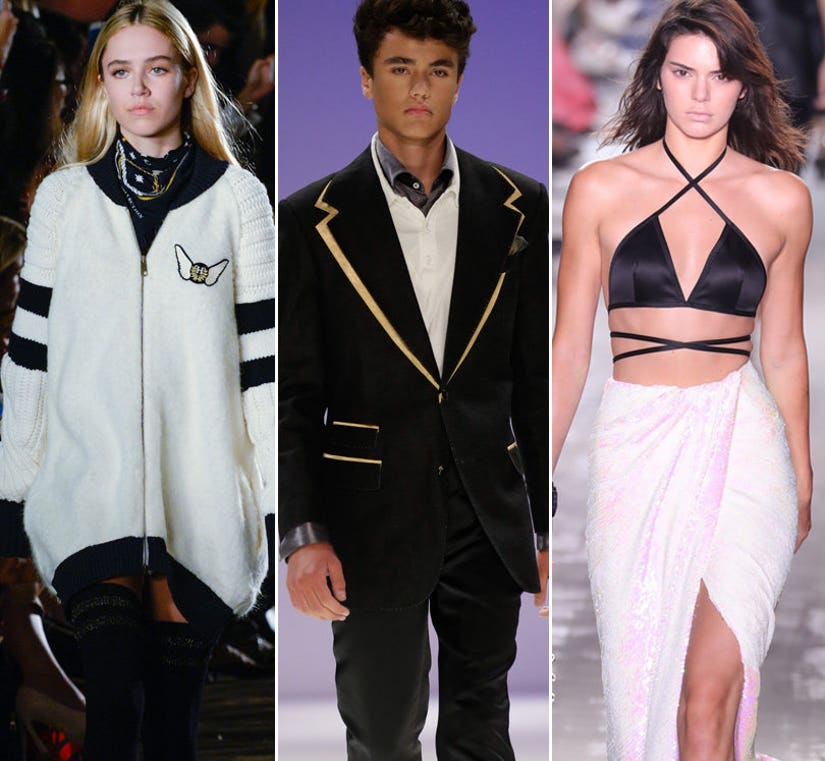 The runways at this year's New York Fashion Week turned into a Who's Who of celebrity children, as the genetically-blessed kids and twenty-somethings hit the catwalk or ruled the front row show after show after show.

Yes, we all know our Jenners and Hadids, but they weren't the only ones strutting their stuff in NYC. Candace Cameron, Kelsey and Camille Grammer, Lisa Rinna and Harry Hamlin, and yes, even Richard Grieco all had precious progeny flaunting their good genes ... some even making their modeling debuts at this year's event.

The walking clothes-hangers on the catwalk weren't the only ones getting attention though. A-list offspring stole the show from the sidelines as well, as they watched their gorgeous friends and family from the front row.

And when the models above age out, there's already another crop in training.

The Kids Rock! fashion show featured an even younger crew making their debuts. The Game, Scottie and Larsa Pippen, Melissa and Joe Gorga, Teresa Giudice and more all had tots and pre-teens showing off the latest fashions as well.

See all those pics and more in the gallery above -- who do you think really has what it takes to make it in the modeling biz?