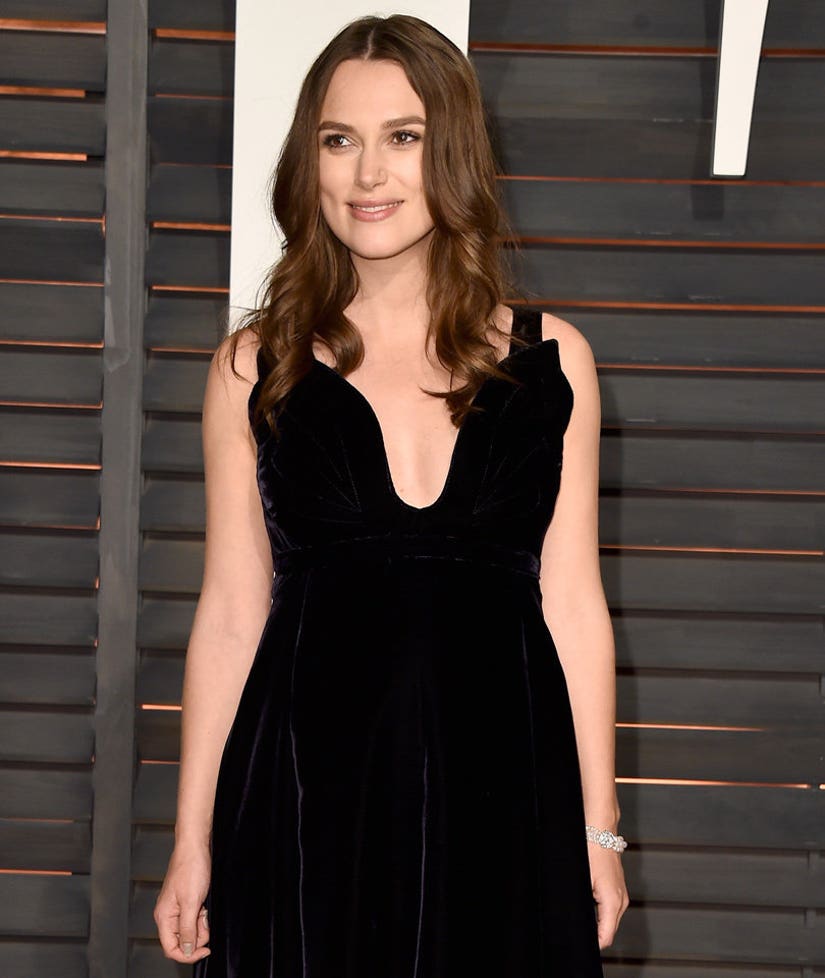 The actress cleared up statements she made in August about her hair "falling out," during as new interview with NY magazine.

"I have received a big box of things for female baldness, and I had no idea what that was about," she told the site. "I can't tell you how many boxes of hair loss stuff — and there are many on the market — I have at home."

"And I was like, 'Wait, does someone know something that I don't? Am I like bald?' Thanks for clearing that up. I was so confused! I wear wigs for films," she clarified. "Which is a great thing and has saved my hair, because when you are on a film set and they are doing your hair everyday and dying it a million different colors, it does tend to fall out."

"Do you know what is actually happening? Since being pregnant, I have got ten times more of it," the "Begin Again" actress added. "I thought it would fall out, because a lot of women have that and it falls out, and mine still hasn't yet, so I was sort of thinking, Okay, I'll keep it long and when and if it falls out, I'll cut it off and that will be cool because then I could have a bob. I am waiting for that to happen, but fortunately it hasn't yet."

The 31-year-old made headlines in August when she told InStyle UK that she was forced to wear wigs after her hair started falling from damaging it for various movie roles.

"I have dyed my hair virtually every color imaginable for different films," the "Pride & Prejudice" star told the mag. "It got so bad that my hair literally began to fall out of my head! So for the past five years I've used wigs, which is the greatest thing that's ever happened to my hair."

Apparently, people thought the actress was referring to wearing wigs both on and off set.

Thanks for clearing that one up, Keira!

What do you think about the actress' comments? Sound off below and check out the gallery above to see more stars who've undergone crazy transformations for a role!