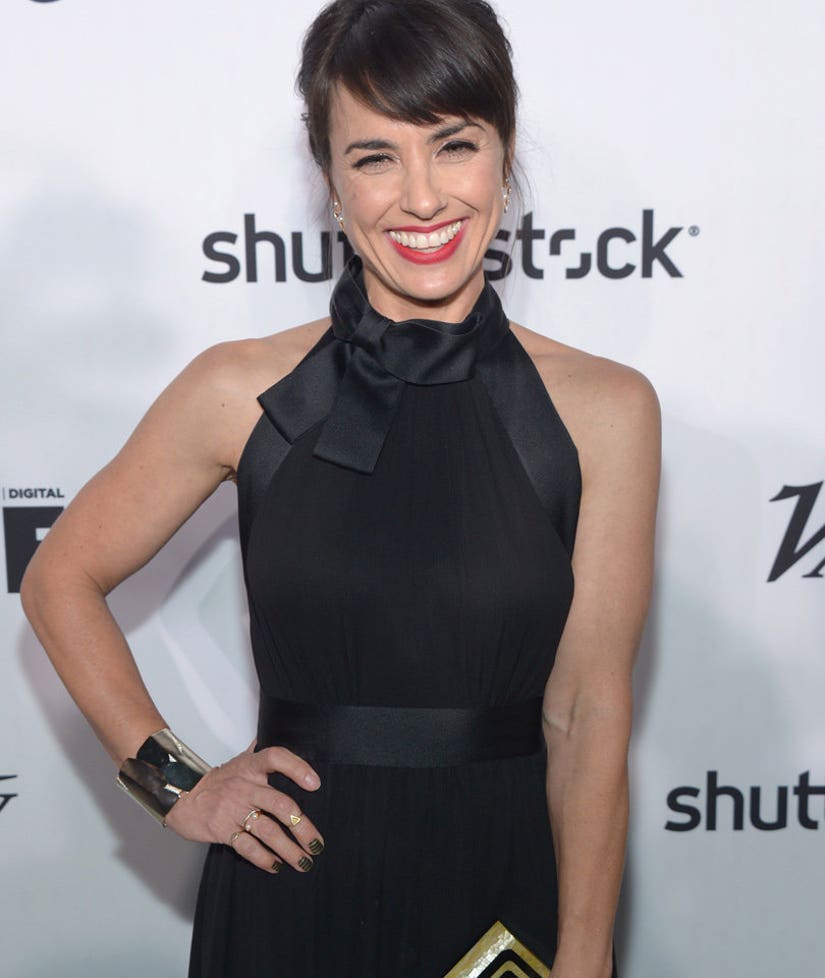 Constance Zimmer may be gearing up for one of the biggest nights of her acting career, but the "UnReal" star isn't the least bit stressed about it.

Zimmer finds out if she'll take the Emmy home for Outstanding Supporting Actress in a Drama on Sunday, but she won't be sitting on the edge of her seat when they call out the winner.

"I have nothing to be nervous about," she told toofab's Rose Curiel at Friday night's Variety and Women in Film's Emmy Nominee Celebration sponsored by Mercedes-Benz. "The nervous part was waiting to find out if I was going to get nominated or not. But I've already won. It's kind of amazing."

And it appears Zimmer is also pretty calm when it comes to her Emmy prep. While most nominees are probably watching what they eat in preparation for Sunday's show, the 45-year-old is going to indulge in a snack we're pretty sure most Hollywood glam squads would advise against.

"I'm going to start the day with donuts, which apparently is very surprising for people," she reveals. "But I really like donuts and any reason I have to get donuts, I do--and this feels like a reason. It's also a way that I can celebrate with my daughter [Colette] because I have to go and drop her off with my family."

"So, we'll start the day with donuts and then the rest of the day will be about enjoying kind of every moment as it happens and not feeling stressed," she continued.

Zimmer is nominated for her role as Quinn King, an executive producer who pushes her staff to create ratings-boosting, cringe worthy moments for a reality dating show. And though the brunette beauty is happily married to director Russ Lamoureux, we just had to know if she'd ever experienced any awkward dates of her own.

"Somebody came to a play that I was doing and we were going to go to dinner afterward," she said of her worst date ever. "He showed up with a fish. I thought, 'I can't sit through this whole dinner with this fish in a bag.'"

Needless to say, Zimmerman assures us, that relationship didn't last.

Be sure to come back to toofab on Sunday, September 18 for full Emmy coverage starting at 3pm PT.