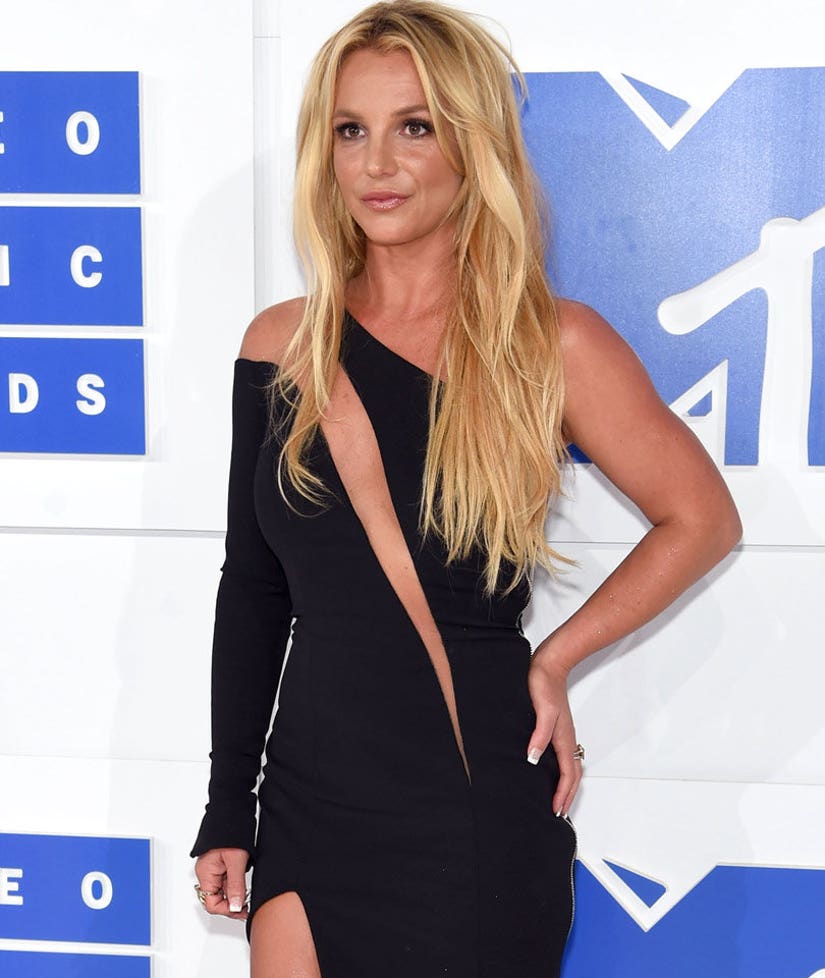 Britney Spears may already have a jam-packed schedule with her "Piece of Me" Vegas residency, but that isn't stopping the pop star from treating her fans to more of her performance prowess via Instagram.

The 34-year-old took to the social media app to share a video of herself busting a dance routine worthy of the stage on Sunday.

"It's been a while since I've cut loose," she captioned the video.

And cut loose she does!

Clad in a floral sports bra and teeny-tiny pink shorts, the "Make Me" singer , flaunts her killer dance moves—and physique!—for the video, which sees her flipping her hair, dropping it like it's hot and even flashing her underwear as she tugs on her bottoms throughout the routine.

With her insanely toned abs, legs and even booty fully on display, Brit Brit dances to Meghan Trainer's "Me Too" and lip syncs along to the lyric, "Who's that sexy thing I see over there?"

It comes as no surprise that the singer would post a video of herself dancing and lip syncing to another artist's hit; she made headlines a few weeks ago when she said she would be open to collaborating with her ex, Justin Timberlake. And she also lip synced to her own hits when she rode along with James Corden for a little "Carpool Karaoke."

But we're guessing most of her followers were too distracted by her bangin' bod to notice she wasn't actually singing!What do you think of Britney's Instagram performance? Sound off in the comments!