Though Tom Brady's in the middle of his four-week suspension from the NFL -- for allegedly deflating his balls during the 2015 Super Bowl -- it sure looks like he's using his time off the field wisely.

Brady was made an honorary captain for his alma mater, University of Michigan, over the weekend, where he was spotted playing a little catch with his son Jack, 9, before Saturday's Wolverines game.

In the cute clip, Tom has his son -- who he shares with ex Bridget Moynahan -- go long. "You run out to the outside," he says to his son in a video that was shared on Facebook. "Hut!" 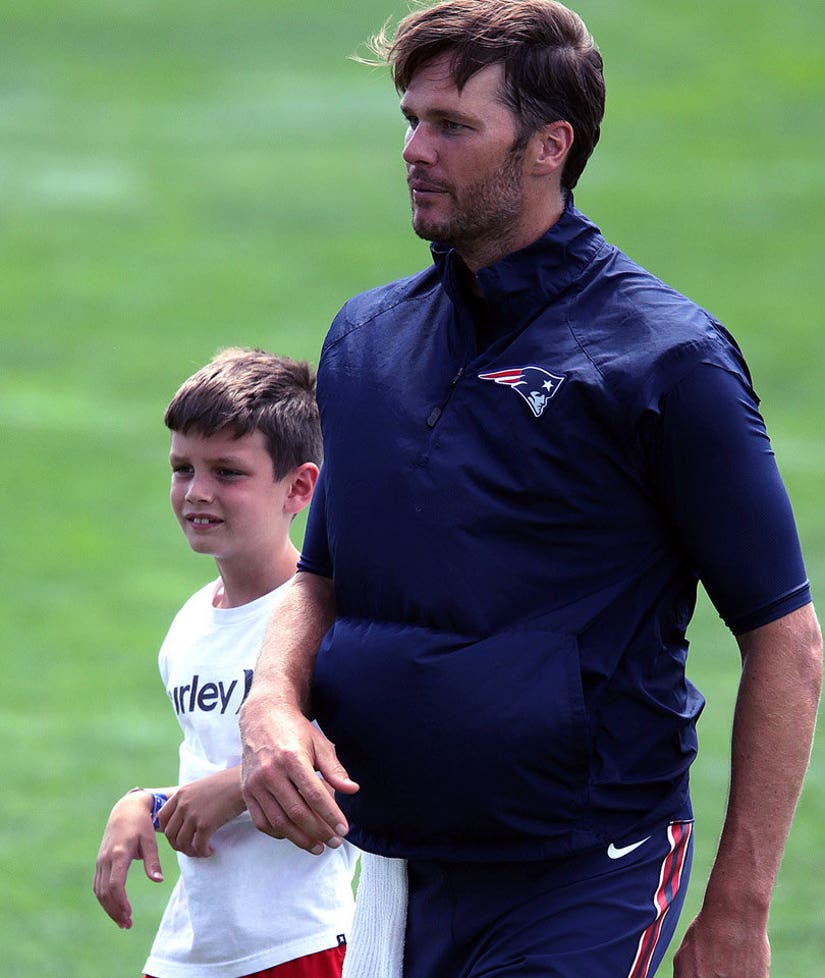 After Jack catches the ball, the New England Patriots quarterback runs over to give his boy a big hug.

Now it will be interesting to see if Tom and wife Gisele Bundchen's son, Benjamin, 6, decides to get into football too.

What do you think about Tom and Jack's bonding time? Sound off below and check out the gallery above to see even more cute celebrity kids!