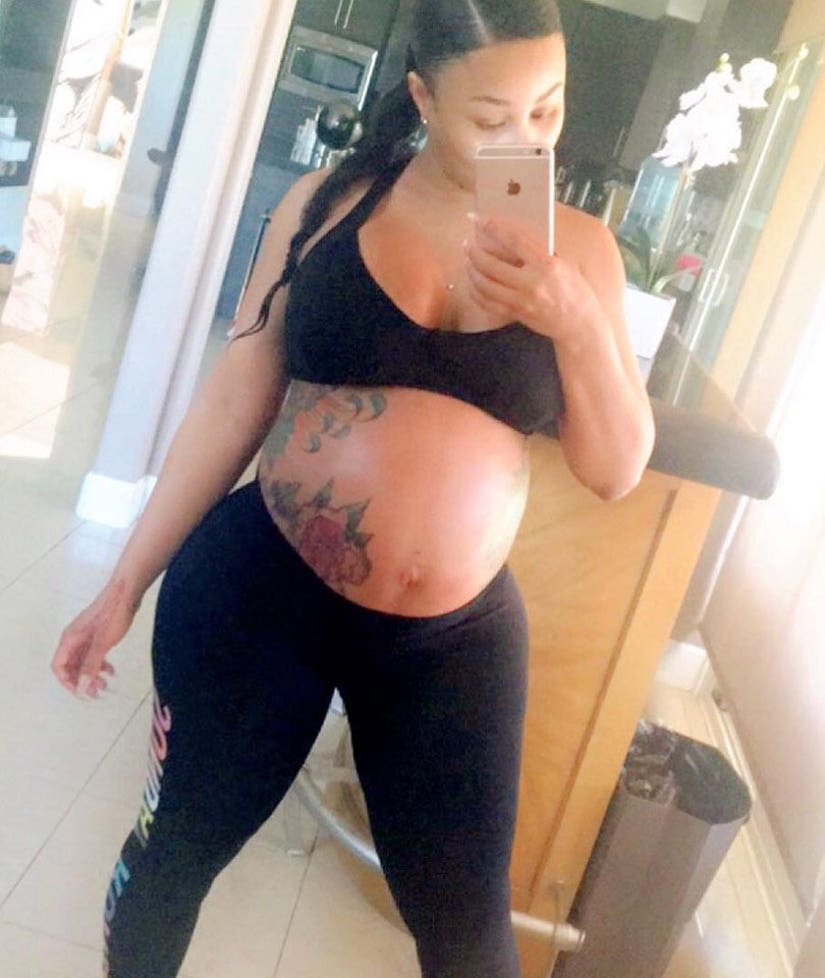 Blac Chyna took to Instagram on Monday to show off her growing baby bump, captioning the pic "32 weeks" with a heart emoji. Donning a sports bra and skin-tight workout pants, the expecting star proudly displayed her tatted up pregnancy curves in the mirror selfie.

While Rob Kardashian's baby mama is anxiously awaiting the arrival of their first child together, she admitted to feeling insecure about her changing bod on Sunday's episode of "Rob & Chyna."

"My butt has literally gotten twice the size since I've been pregnant," Chyna confessed while talking to her fiancé about his own weight insecurities. "I was feeling so insecure about my butt, so I can understand why you feel a little insecure about your body."

It became clear that Rob's issues lay a little deeper than Chyna's though, as he's struggling with both his weight and trust problems.

"I had a really bad past relationship where the girl was cheating and having sex with so many different people and that is why I notice stupid stuff," he said in a confessional. "I just think the worst, it has nothing to do with [Chyna] and what she's doing, it has everything to do with my past."

"I'm not worried about nothing, in regards to you," he later told his expecting girlfriend. "I feel very happy and content with everything, I just need to get my s--t together. It's nothing on you. I got to deal with my own s--t."

Do you think these two will make it work? Sound off below!