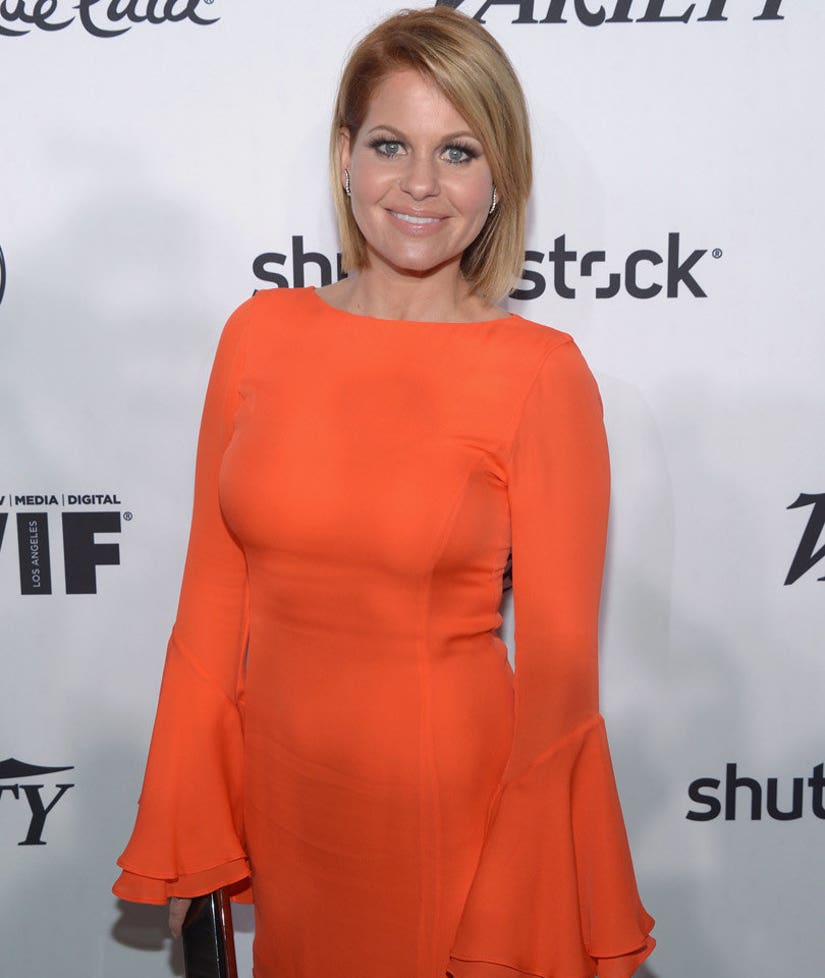 Netflix has just announced December 9 as the season two premiere date for the "Full House" spin off.

And while Cameron Bure is remaining mum on which man will win her character's heart, she did speak with toofab's Rose Curiel at Variety's and Women in Film's Emmy Celebration about her personal thoughts on the love triangle.

So, does the 40-year-old have a preference when it comes to Steve or Matt?

"No," she admits. "I genuinely love both of them. I'm glad that they're both on the show a lot. I enjoy working with both of them so much, and I'm glad it is the way it is, which I can't say!"

Cameron Bure was a little less tightlipped when it came to discussing New Kids On the Block's guest appearance in a season two episode.

"I watched the episode and I actually cried after watching it even though I was watching myself," she revealed. "It was such a full circle moment of being 13 and having a dream come true, because I loved them for so long, so that was really, really fun."

Indeed, following the band's cameo, the actress took to Instagram to share a split shot of her teenage self dancing with band member Joey McIntyre alongside a current pic of the pair striking the same pose.

"Dreams really do come true," she captioned the adorable throwback.

Cameron-Bure now has three teenagers—daughter Natasha, 18, and sons Lev, 16, and Maksim, 14—with dreams of their own. While Lev, who walked the red carpet at the Variety event with his famous mama, admits that he's only into "hockey and school," his older sister has her sights set on a career in front of the spotlight.

"She's pursuing singing—that's her passion—but I'm sure she will dabble in fashion, just not as a runway model," Cameron Bure said of her daughter, who recently walked the runway at the Sherri Hill show during New York Fashion Week. "I think she's probably six to eight inches too short to pursue that as a permanent career."