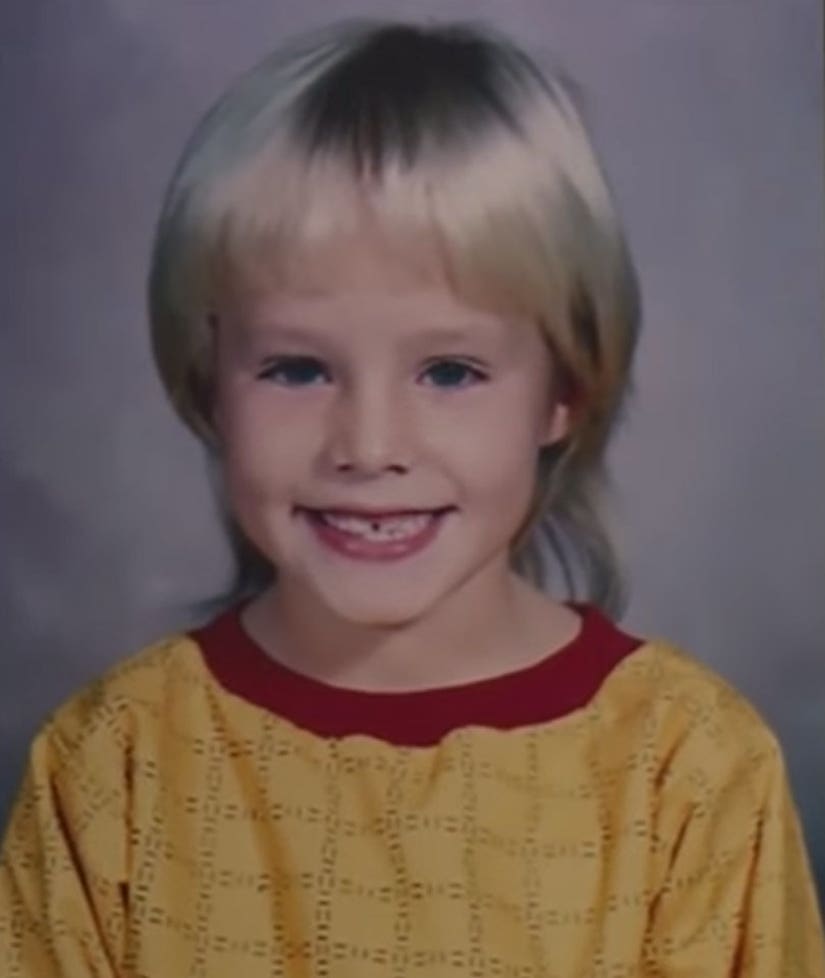 Even Kristen Bell has a few cringe-worthy childhood photos!

The "The Good Place" star stopped by "The Late Late Show" with James Corden on Wednesday, where she shared one hilarious throwback photo from when she was just a little girl.

In the snapshot, Bell shows off her big smile, missing teeth and hilariously adorable mullet haircut.

"I was pretty scrappy," the actress said of her younger years. "My mother made sure that I would not take any flack from anybody because she gave me a real sort of disastrous kind of haircut."

Corden made sure the audience would be able to see the funny snapshot and blew up the photo for her appearance. He even noted how Bell looked a lot like Jonathan Lipnicki in "Jerry Maguire."

"What she did to make sure I fit in with the boys was took the bangs past the ear, past the forehead, past the ear all the way down to the back, which I believe we now call a mullet," she said about the dated 'do. "I never had any problems because everyone thought I was one of the little boys."

What do you think about "Bad Moms" star's hilarious throwback photo? Sound off below and check out the gallery above to see more stars before the fame!