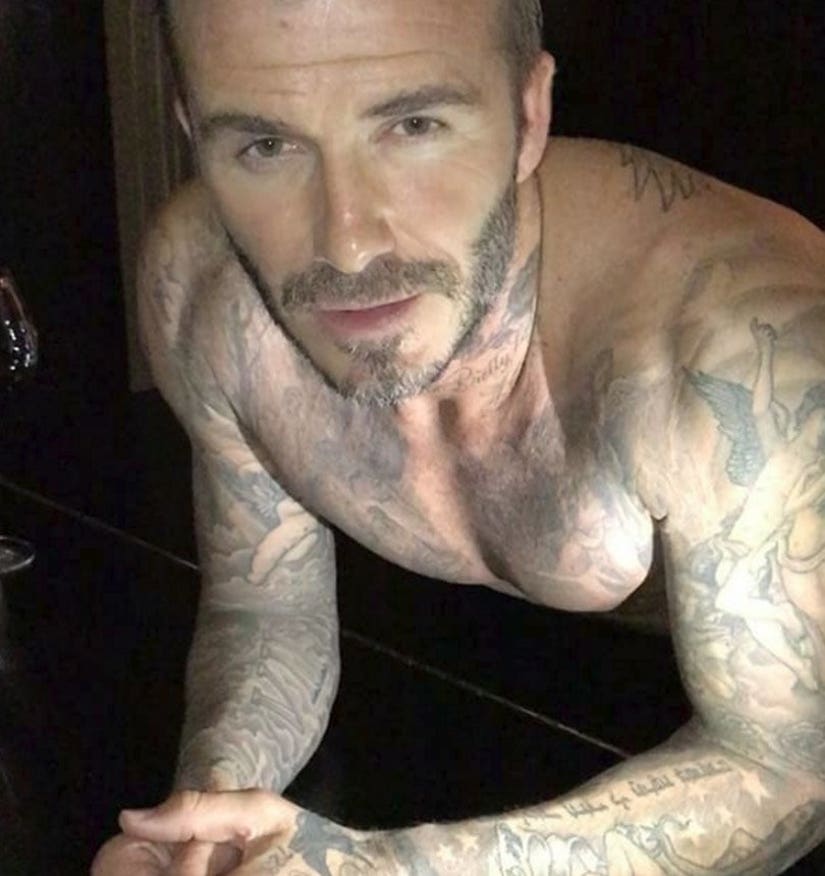 David Beckham is working on his fitness for a good cause. The 41-year-old is taking part in the 22 push-challenge, which has participants do 22 push-ups consecutively over 22 days to draw attention to the fact that 22 veterans commit suicide every day.

Beckham's pal, director Guy Ritchie, challenged him to take on the challenge and the former football player does not disappoint, taking to Instagram to draw attention to the worthy cause—and his body.

"So I am doing what Guy R , Jason S and Charlie H are doing and supporting , respecting and appreciating all the service men and women and their sacrifice ... we shine a light to support and help save lives," wrote Beckham, referring to Ritchie, Jason Statham and Charlie Hunnam.

Day one of the challenge sees the Brit babe knocking out 22 push-ups aboard a plane.

He steps up his game for day two, doing his push-ups in his underwear on top of a piano, while "Ave Maria" plays in the background.

It's somewhat of a holy experience, as Beckham gives the camera a come-hither stare while he works out.

"As you can see, I'm 79 floors up, I'm lying on a piano and I'd thought I'd bring a pianist with me," he says in the video, which was apparently shot from a building with a bird's eye view of the city. "I'd thought you'd like it. I thought you'd find it romantic."

"So it's good night from us, Mr. Ritchie," he concludes the video. "And beat that."