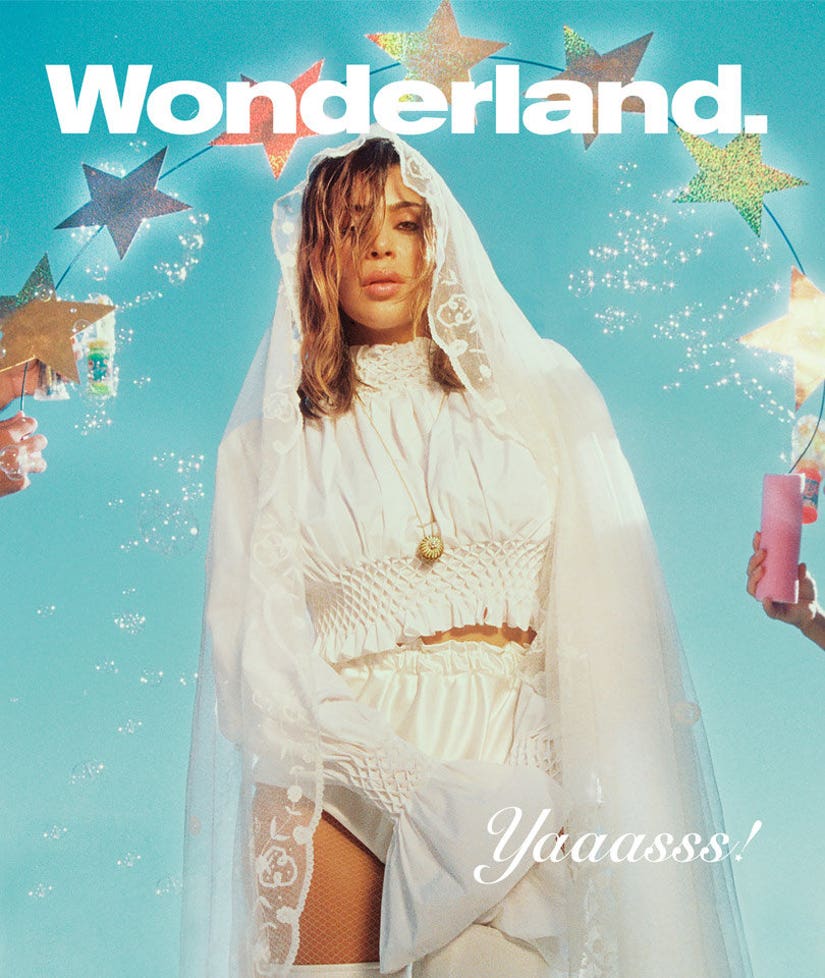 Kim Kardashian has some serious choices to make.

While the reality TV star told GQ magazine back in June that she's planning to vote for Hillary Clinton come November 8, she might just have changed her mind.

In new quotes from her Wonderland cover story -- which don't appear in the online version of the article, but were posted and verified by The Huffington Post -- Kim says a recent chat with a family member swayed her towards voting Donald Trump.

"At first I thought, 'Oh my god, I'm so Hillary,' but I had a long political call with Caitlyn [Jenner] last night about why she's voting Trump. I'm on the fence," Kim tells reporter Eve Barlow.

The new statement comes as a bit of a surprise, considering her past endorsement of Clinton. In addition to the GQ mention, Kardashian threw some support behind Hillary on her official website back in March.

"No matter what candidate you support for the next presidential election, you have to admit that it's f---ing AWESOME that a woman is up for the job!!!" Kim said at the time. "Hillary Clinton deserves a big 'DAAAAAAAMN, Gina!' for being the first to get this close. So dope."

Kim also shared a selfie with Clinton, along with the hashtag #HillaryForPresident back in 2015.

While we'll have to wait and see what may have changed her opinion, Kim's fans aren't taking the news lightly, sounding off on Twitter:

“At first I thought, 'OMG I'm so Hillary' but I had a long political call with Caitlyn about why she's voting Trump. I'm on the fence” -Kim pic.twitter.com/1G2C7MoltP

Kim Kardashian potentially voting for Trump is the least surprising thing ever. Her money/privilege has blinded her to so much

@zeinabnajm what do you think about Kim possibly voting for trump now? How can she even consider it....really shocked by her comments...

Even the consideration to vote for Donald Trump is all I need to know about Kim Kardashian and anyone else like her. https://t.co/DNwkZNgA7U

When two separate brands of #deplorable are about to converge... #Trump + #Kardashian = *perfect / natural fit* https://t.co/qKub5YWxOH

if kim kardashian is seriously going to vote for trump, i'm going to be so disappointed

Kim K. is considering voting for Trump after a discussion with Caitlyn and i'm considering to throw up after i'm done with this tweet.

I mean kim voting for trump would destroy her brand so..😌 pic.twitter.com/gs0NqeHvuF

"Kim kardashian might vote trump" my love for Kim? pic.twitter.com/tG8x3fg0gP

Tweets like the one below were a bit harder to find:

It should be noted this isn't a full blown endorsement just yet -- but what do you think about Kim's changing stance? Sound off below!