"The View" star stopped by Thursday's "Watch What Happens Live," where she reenacted a scene from the 1990's classic, "Ghost."

Check out the video above to see Whoopi in action, with host Andy Cohen as Sam Wheat (originally played by Patrick Swayze) and America Ferrera's as Molly Jensen (Demi Moore)!

In the hilarious clip, Cohen and Ferrera get into character for their roles by each sporting Demi and Patrick's signature 'dos. The scene: Brown (Goldberg) has just discovered she can hear Sam's voice and is trying to explain the phenomenon to his widow Molly. 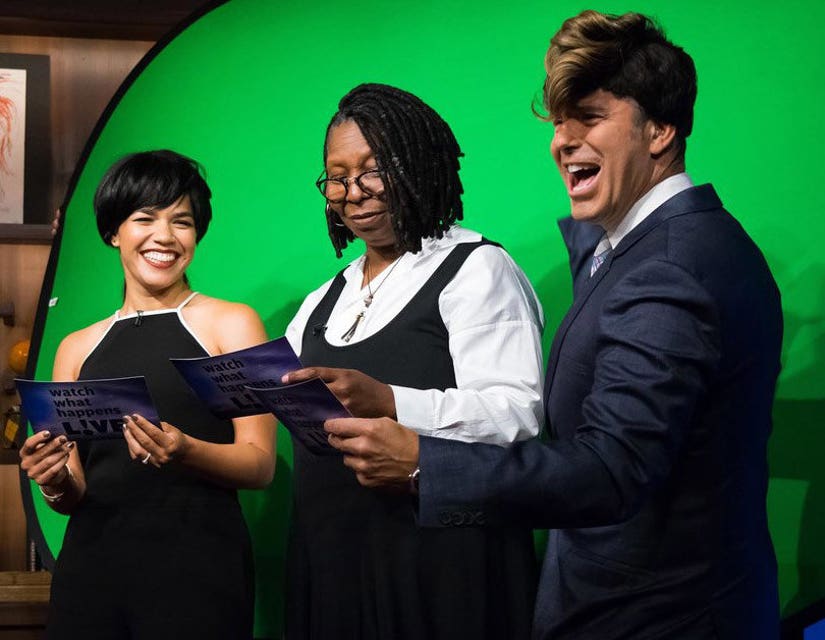 "Nothing like this has ever happened to me before," Goldberg reveals, referring to Sam's voice. "Now I can't turn it off."

"What I don't understand is, why did he come back?" Ferrera asks Whoopi.

"He's stuck, that's what it is," she says, while trying to contain her laughter. "He's in between worlds."

And yes, she says her most famous line: "Molly, you in danger girl!"

We love that Whoopi still has the character down!

Later on the show, the actress reveals her least favorite movie she's ever made -- check out the clip above to see what she says!

What do you think about the trio's reenactment? Sound off below and check out the gallery above to see more leading ladies then and now!