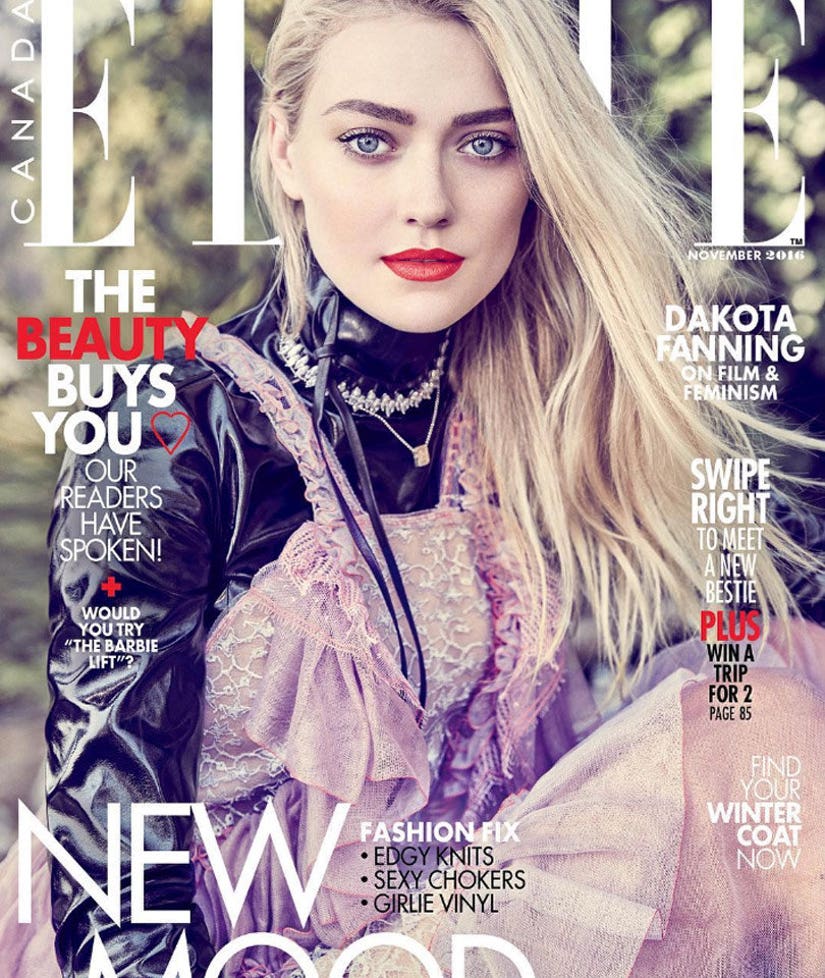 You can thank Dakota Fanning's mom for preventing her from being another child star cliché.

The "Man on Fire" actress covers the new issue of Elle Canada magazine, where she opens up about her rise to fame and her family roots that kept her from making some bad decisions (like many of her peers).

"Every interview I do is like, 'Why aren't you doing those bad things?' and I'm like, 'Sorry! I don't know why!'" she says of her ability to have grown up so "normal" despite finding fame at such a young age.

"People want that to happen to you, though; I've grown up with that energy around me," she explains about public and media speculation. "I just feel that when people like that crack, people go 'Ha ha! You cracked!' ... but, you know, maybe they might not have if you'd just let them be."

"Personally, for me, it was never going to go that way," she confesses. "Number one, my mom would have kicked my ass! Forget the public -- she's the person who crosses my mind before I do anything questionable. It's like, 'No, my mom would kill me!'"

Now 22-years-old, Dakota can confidently say that growing up in the spotlight has had little effect on her self-confidence and decision-making abilities.

"I don't think it's had much of an effect," she says of the correlation of appearing on camera and body image issues. "I think of myself as a confident person. Of course, everyone has things they wish they could change—anyone who says they don't is a big liar! But when you're acting, if you're doing it for the right reasons, it's about so much more than the way you look."

Though Fanning's established herself as a bonafide actress, there was a period of time that she felt like the industry wouldn't let her transition from a child actor to an adult actor.

"There was a period when it felt like people weren't going to let me grow up," she says. "And for a minute, I thought, 'I can either let this define my life and be about trying to prove something to people, or I can forget about it and just let it happen naturally, and people can get on the train or not.' I guess I could have gone and done bad things to prove I'm old enough to do them, but I didn't need to do that. I started at six and now I'm almost 23 -- that's a couple of lifetimes!"

While she has no plans to quit acting anytime soon, the "I Am Sam" actress says she'd love to start a family one day.

"I guess when I've thought about the person I want to become, having kids and becoming a mother is the ultimate thing. And it's not that for everybody, but for me, I think it is," she confesses.

What do you think about Fanning's candid comments? Sound off below and check out the gallery above to see more child stars then and now!