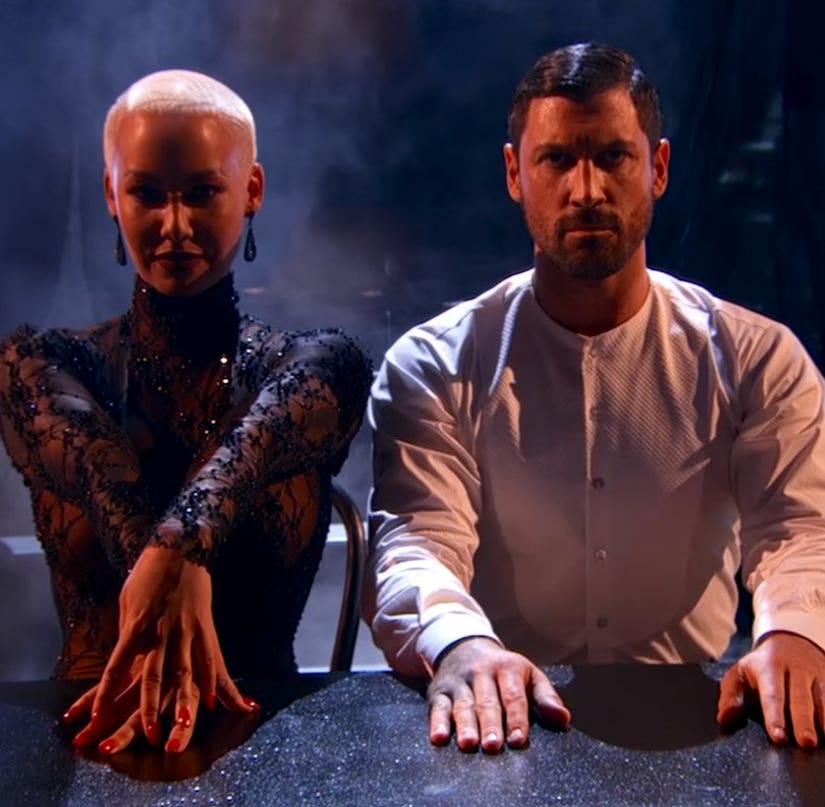 Amber Rose is not dancing around any issues.

On last night's episode of "Dancing With the Stars," the 32-year-old took the time to address the drama that erupted between her and judge Julianne Hough last week.

ICYMI, Rose called out the dance pro for what she felt were body shaming comments when Hough said she felt "uncomfortable" during the contestant's sexy tango with partner Maksim Chmerkovskiy. Hough issued a comment, saying she had been uncomfortable with the lack of energy in Rose's performance—not her body.

Taking Hough at her word, Rose apologized to the judge during last night's episode.

"Like I said in the package, when you said that, I felt very embarrassed, and I felt like you weren't talking about my dance, but if I misunderstood, then I apologize," Rose told Hough. "I'm a very positive person. I don't like to argue or bicker or make things weird, so moving forward, I just want complete positive energy."

Hough then took a moment to clarify that she was only there to comment on the contestants' dance moves.

"I would like to say one thing also," said Hough. "The thing that I love so much about dance is that dance is a universal platform for people to express themselves."

"As a judge on this show, I am here to solely judge you and everyone else in this competition for only the dancing," she continued. "So I want you to know that."

So what of Rose's dancing? She came back this week with an even sexier routine, performing in lacy lingerie and stockings.

"This week I'm just going to embrace my sexuality and not apologize for it," she told Chmerkovskiy.

Rose flaunted her curves in her risqué outfit for the performance, which ended with her stretching across a stable before her partner straddled her.

Watch the oh-so-sexy routine (above) and let us know what you think of Rose's latest performance below!