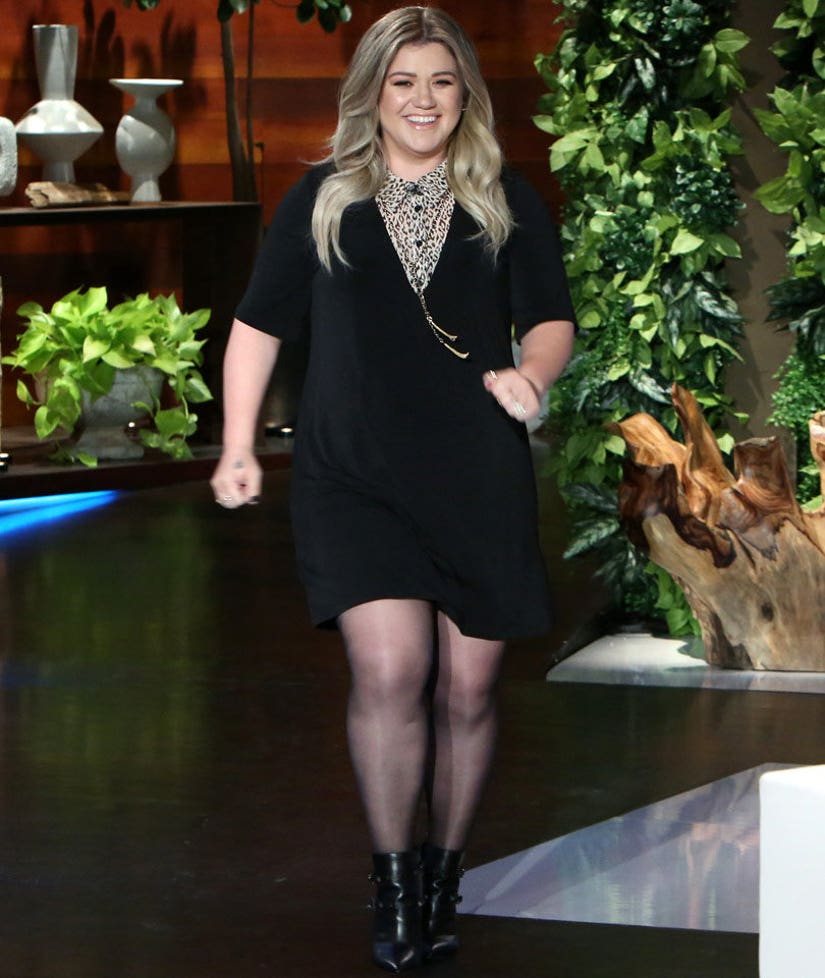 Kelly Clarkson is nothing if not incredibly candid!

The "Miss Independent" singer didn't hold anything back during her Tuesday visit to "The Ellen DeGeneres Show," opening up about her experiences as a mother.

In fact, the "American Idol" alum had no qualms about revealing that she thinks her daughter, River, is becoming a "terrorist."

"She's so bossy," she said of her little girl, who had apparently commanded DeGeneres to "sit" backstage. "She can be the most lovable human and then just, like, mean."

Clarkson also revealed that River, who became big sister to brother Remington five short months ago, is taking a minute to adjust a life where she's not the youngest child.

"Anytime I hold him it's like, 'I don't know what you're doing in my spot,"' Clarkson explained. "She's so jealous in that moment."

The 34-year old also took the time to share some of her own bad behavior.

In a revealing game of "Celebrity Confessions" the songstress divulged a secret about her past dating life that she has never shared with anyone.

Before she made it big as a musician, Clarkson explained, she waited tables at a comedy club where a regular who stood at 5'2" kept begging her to go out with him.

And while she admits she didn't mind his height, she says he also came up short in terms of conversation, refusing to talk about anything except his small stature.

"He proceeded to talk about his height for, like, a solid hour," she said.

"I withstood an hour!” she said of the disaster date, "I went to the bathroom and I left."

Yep, Clarkson ghosted her date IRL -- way more brutal than cutting off texts! -- and never looked back until reminiscing about it with DeGeneres.

Kind of brings new meaning to her hit, "Since U Been Gone" hit, right?

Before the show, Clarkson also showed off her impressive post-baby weight loss while messing around in the Ellen parking lot. The pic, showing her rocking some workout gear, has been flooded with comments about how "fabulous" and "great" she looks.