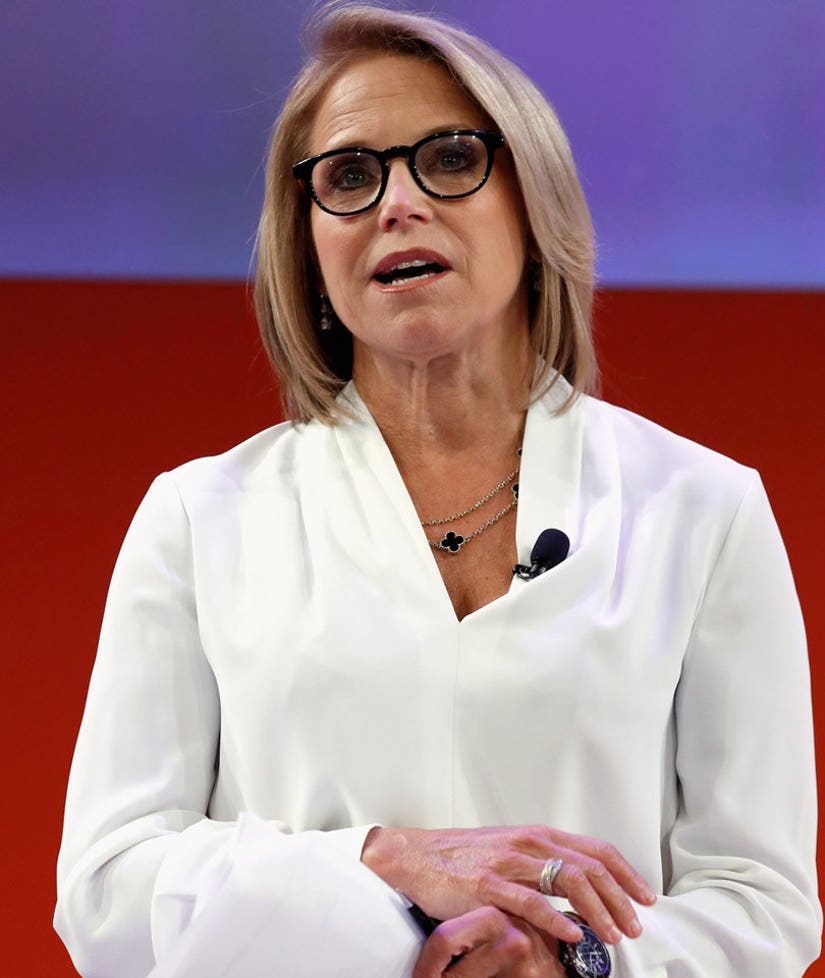 You can't please everyone!

Katie Couric may have her fair share of fans, but even she can attest to the old adage.

In fact, the news anchor recently opened up about her online haters during a recent chat with Anna Faris for the actresses' podcast, "Anna Farris is Unqualified."

"Honestly, I never get used to it," says Couric about disparaging online remarks.

She then went on to recount a particularly ego-crushing incident, revealing that her Facebook tribute to the late Abby Shapiro--a girl who died of osteosarcoma--had incited a particularly cruel response from an internet troll.

Ignoring the content of Couric's post altogether, "some guy" instead took the opportunity to comment on the television personality's appearance: "Katie, I watched your interview with Tom Hanks. Clearly you're over-tanning--your skin looks like a monkey scrotum."

"I thought, 'Wow, really?'" she said. "First of all, I thought, 'Oh gosh, maybe I am over-tanning,' but then I thought, 'What motivates someone to be so nasty?'"

The mother-of-two then went on to contemplate what would incite someone to make such an offensive comment.

"I think when you become a public figure, per se, people completely lose sight that you're a real person," she mused. "It's this weird kind of objectification, or depersonalization, and when I read these mean comments it's like a knife in my heart."

Couric also revealed that she was dealing with mean-spirited remarks about her looks long before the internet became what it is today.

Back during her "Today" show co-hosting days, Couric confesses she was already feeling the hate.

"Some man wrote this very insulting note … he said, 'I thought your dress was so unattractive and your hair looks like a ski slope for an adventurous sparrow,'" said Couric. "Funny how I remember this--I mean, this was probably in the early '90s! Well, that was a letter, and most of them ended up in the circular file, but with the Internet you can't avoid these comments. Because if you're looking for any sort of feedback you can't help [but come across it]."