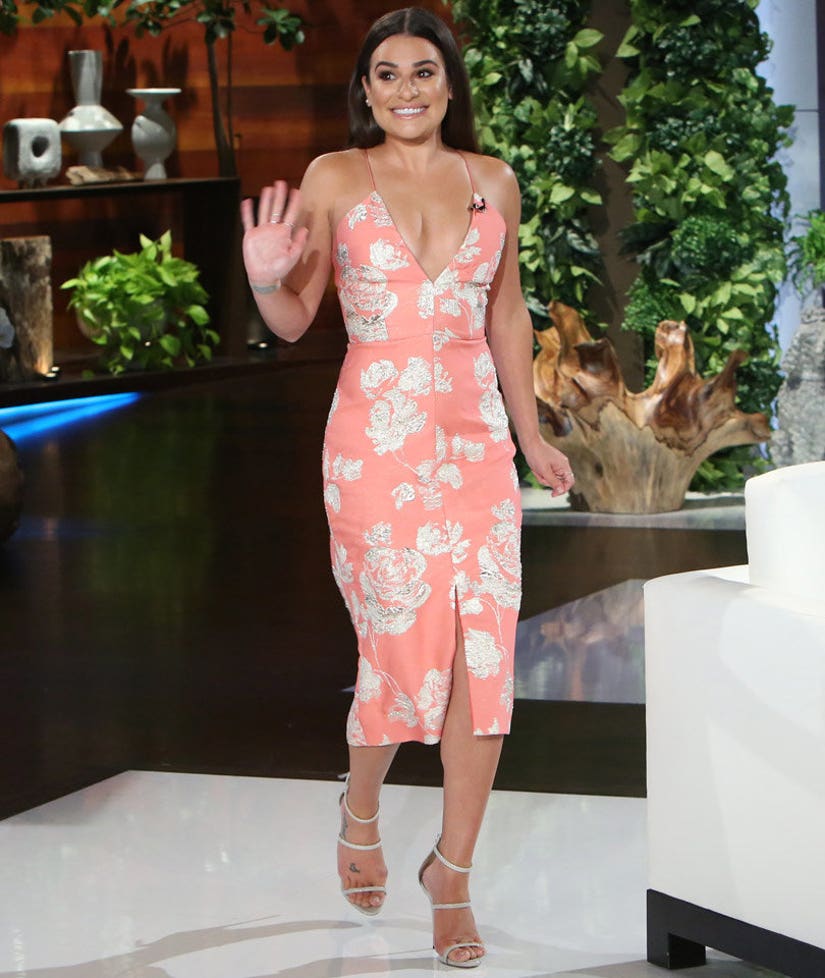 Who needs a publicist when you've got Snapchat?Lea Michele took to the social media site to hilariously call out OK! magazine for running a story claiming the "Scream Queens" actress wasn't doing so well following her split from Robert Buckley.

In the video, shot and posted by costar John Stamos, the 30-year-old mocks the "Lea's Breakup Binges" story while reading it outloud for Stamos, his followers and Emma Roberts, who sits nearby.

Michele, who wears a sung white turtleneck in the video, has clearly not packed on any pounds.

"It's taken a toll on her self-esteem and she's caught in a vicious cycle of binging!" she continues, gasping in faux shock.

"Thank you OK!," she finishes off while flashing the magazine's cover at the camera.

Roberts joins in on ridiculing the mag when she asks the former "Glee" star, "What are we going to eat for lunch?""Pasta and baked goods!" jokes Michele.

What do you think of Lea's reaction to the tabloid story? Sound off below!