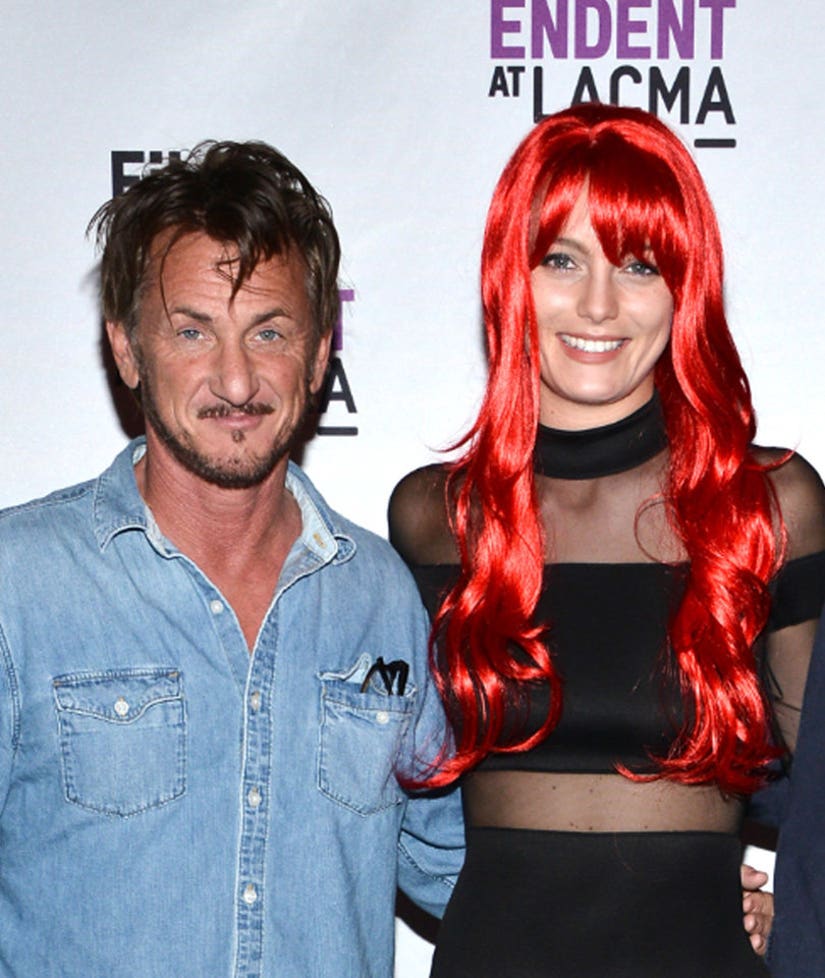 The cute couple attended the Film Independent event at the LACMA together, and posed for photos on the red carpet side-by-side before heading into the festivities.

Penn kept his look cool and casual, wearing a button down chambray shirt and khaki shorts. The naturally-blonde 24-year-old daughter of "Law & Order" actor Vincent D'Onofrio had a little more fun with her look, rocking a bright red wig complete with a LBD for the event.

The 56-year-old actor was the main attraction of the night, where he participated in a discussion about film, while D'Onofrio looked on.

Sean and Leila made headlines earlier this week, when they were spotted locking lips in Hawaii on Wednesday.

This is the first public relationship for "The Gunman" star since ex-girlfriend Charlize Theron ended their romance back in June 2015. Penn was previously married to Robin Wright from 1996-2010.

What do you think about the actor's new lady? Sound off below and check out the gallery above to see more May-December romances!