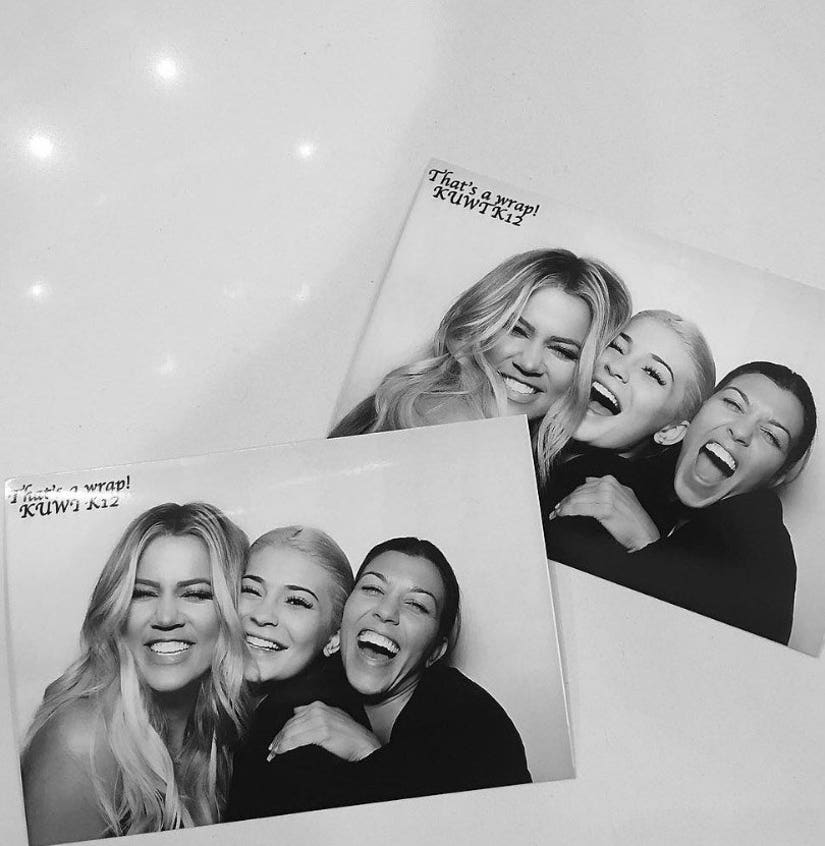 Looks like Kim isn't keeping up with the rest of the Kardashians following her robbery in Paris.

Several members of the Kardashian-Jenner clan got together on Tuesday for the season 12 wrap party of "Keeping Up with the Kardashians," but Kim Kardashian was noticeably MIA.

Despite her older sister's absence, Kylie Jenner posted a shot of herself and Khloe and Kourtney Kardashian enjoying the celebration's photo booth.

"my forevers," she captioned a pair of black-and-white snapshots of the smiling sisters.

Khloe also took to social media to share additional shots, where Kris Jenner and Scott Disick join in on the fun. The group appears to have spent some quality time in the photo booth, posing for more than 10 photos that see them playfully sticking their tongues out and striking their best duck lips.

"Keeping Up with the Kardashians" halted filming after Kim was robbed at gunpoint in her hotel in Paris. Since then, the mother of two has kept a low profile and taken a break from her normally prolific social media posts.

During a recent appearance on "The Ellen DeGeneres Show," Khloe confessed that Kim is "not doing well" following her robbery.

"I mean, it's incredibly traumatic what happened to her," the 32-year-old said. "But our family is super close and great and we'll get through it together and we do appreciate all of your guys' love and support."