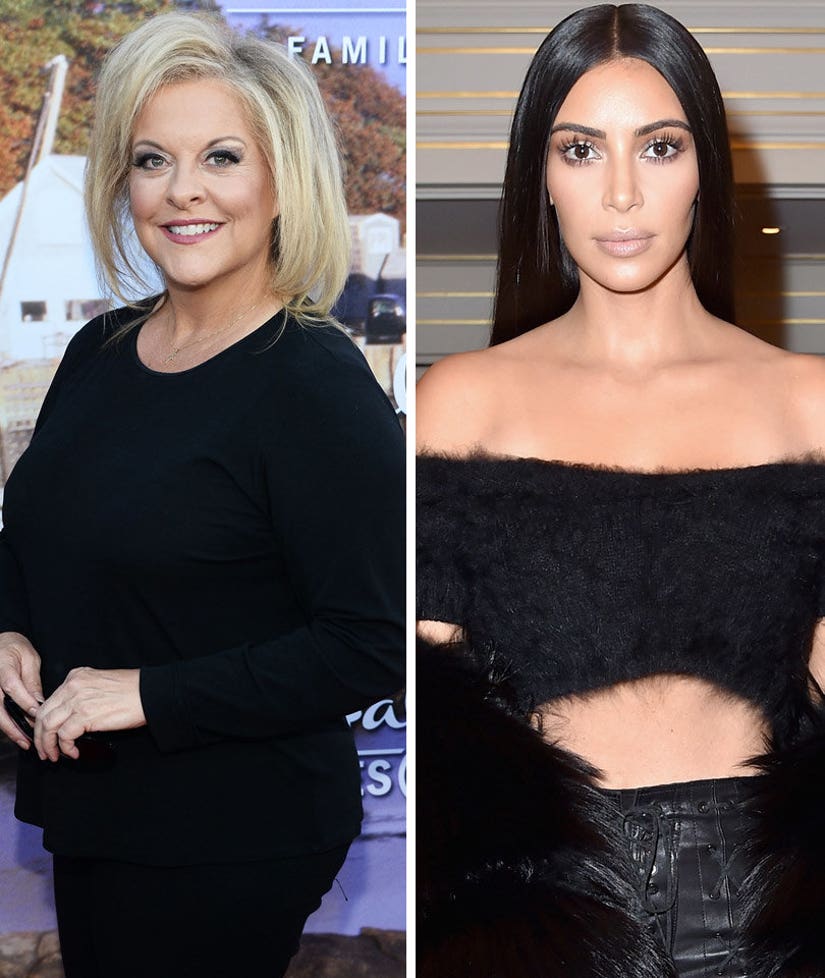 Everybody has an opinion about Kim Kardashian's robbery in Paris, including legal commentator and television personality Nancy Grace.

And during a recent guest appearance on with SiriusXM's Wake Up with Taylor, Grace shared her candid thoughts on the case, and why she thinks it will remain unsolved.

"I definitely believe it was a set-up, but I don't necessarily think the Kardashians set themselves up," she explained.

"What I'm saying is a set-up in that they got away on bicycles," she elaborated, emphasizing the word "bicycles" as if to highlight how unbelievable she finds that notion.

She also finds the inconsistencies in reports to be cause for concern.

"And then the story keeps changing about how the doorman let them up," she said, referring to conflicting reports that he was calm and that he was forced. "Now, the story is they said, 'We really need to see Ms. Kardashian and he goes, OK!'

These contradictions can only indicate one thing in the 56-year-old's mind.

"I mean, everything's just changing and when the story changes—it's been long, long my theory—when a story changes, somebody's lying. When a story is embellished upon, that's not a problem because if you ask the right questions, you may get more answers, more information and it adds on."

When pressed to name the culprit by host Taylor Stecker, Grace can't name names but points to the doorman as a person of interest.

"I can't tell you from this distance but, I can tell you if the night clerk is giving two different stories--if he actually gave those two stories, that's impossible, that's a lie."

But how do a suspect's lies translate into an unsolved case? Grace, apparently, does not have a ton of faith in the French justice system.

"Let's just say that they don't investigate crimes that same way we do," she explains.

When Strecker has Grace clarify her statement by asking her if she thinks the Parisian investigative method is inferior to the American one, she simply says "Absolutely," before reiterating her point in butchered French.

"Absolu-le-ment," says a laughing Grace, adding an extra syllable to the word.