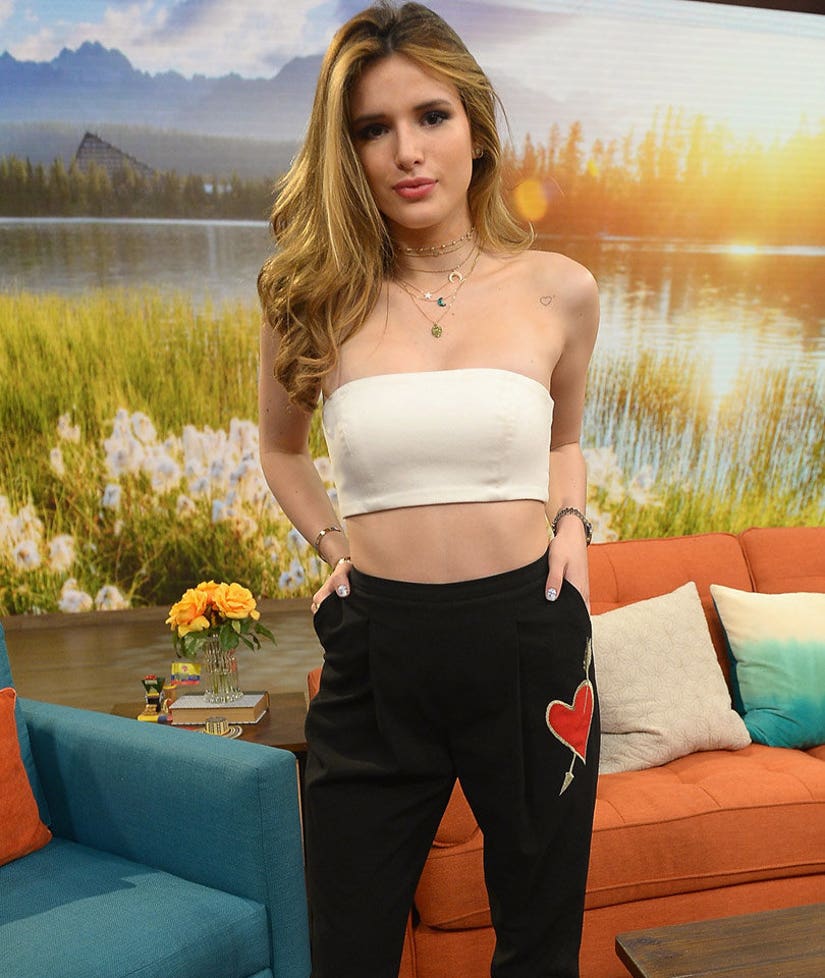 Bella Thorne has been packing on the PDA with new beau Tyler Posey, but that doesn't mean she can't appreciate other men—and women.

Hot off the heels of sharing an Instagram #MCM pic that sees a bikini clad Thorne straddling her beau, the 19-year-old is opening up about a few famous females that she admires.

In a recent interview with Maxim magazine, she didn't hesitate to rattle off the names of a couple of starlets when asked if she had any celeb crushes.

"Demi Lovato. I must say…rawrrrr," she gushed. "She is a pretty toasty woman."

But she didn't stop there.

"Miley Cyrus, too. She's dope," Thorne said of "The Voice" judge who classifies herself as a pansexual. "But Demi is fire, just fire."

This isn't the first time the "Perfect High" star has gone public with her girl crush on Lovato. Earlier this month, she took to Twitter to compliment the "Cool for the Summer" singer on her Glamour magazine cover.

"Now that's what I call a #wcw look at those freckles," she captioned a shot of the cover.

Thorne recently came out as bisexual after sharing shots of herself kissing another woman via Snapchat.

When her followers asked if she was bisexual, she simply tweeted, "Yes."

"Aww thank you for all the accepting tweets from everyone," she went on to write after receiving lot of social media support for coming out. "I love you guys #pride."