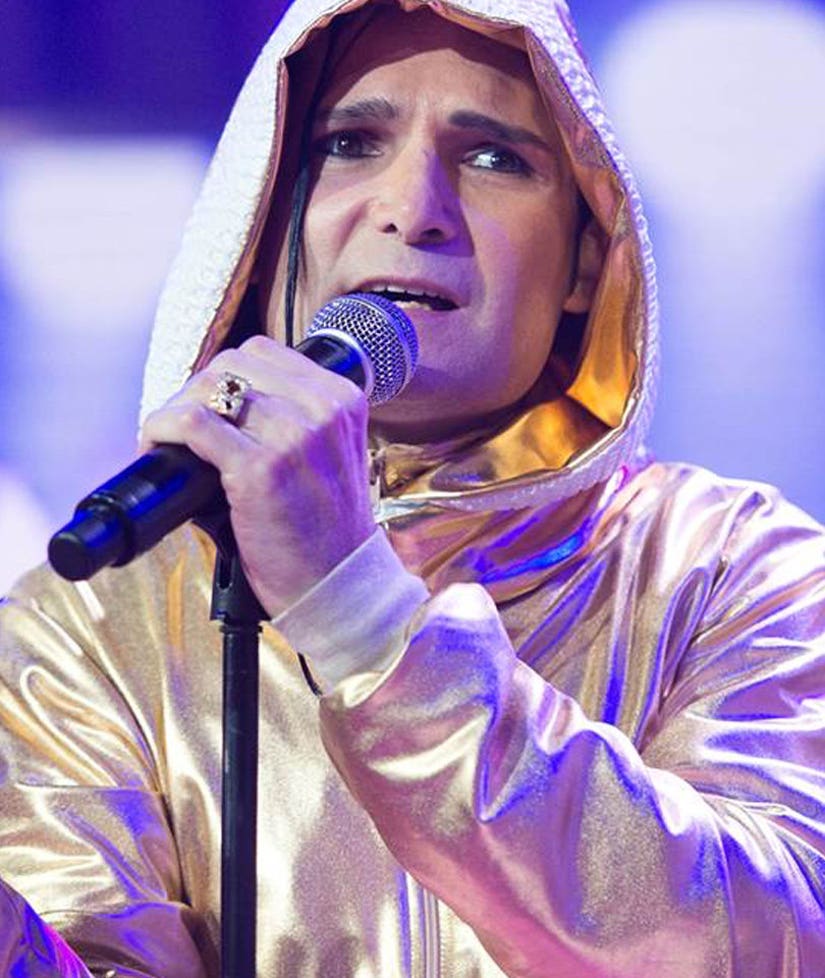 Former child star Corey Feldman got some pretty brutal critiques online after a performance on "Today" back in September ... and on Thursday, he attempted to redeem himself!

Unfortunately, he found himself in the middle of yet another controversy.

The now-45-year-old actor-turned-singer made headlines last month after he appeared on the show to debut his Snoop Dogg collaboration, "Go 4 It." Flanked by an all-female band dressed in angel costumes and breaking out some crazy dance moves -- including a failed moonwalk -- Feldman generated some pretty extreme reactions.

He broke down over the comments in a since-deleted Facebook video. "We just wanted to tell everybody that, like, it's been really painful," he said in the clip. "We don't deserve ... these things that are said about us are awful. We're really freaked out over this and it's really not fair. ... Public shaming should not be accepted, no matter who you are."

"Today" gave him another chance to perform on Thursday, where the "Goonies" alum opened up about what got him through the negative press.

"P!nk, Kesha, Miley Cyrus, Paris Jackson, they all reached out. [Paris] was lovely, a lovely young girl," he explained. "A friend of mine, he was on the phone with me, I was all depressed and crying. 'When KISS first started, when Eminem first started, when Nirvana first started, they all got hate. People were turning them off at the radio stations, people were walking off the dance floors at the club because it didn't make sense to them at the time. But they became amazing legends, so think of it that way.'"

"That really turned it around for me. A lot of people get hate in the beginning because we're doing something new," he continued. "But it's all about innovation and being an artist, and we can't be afraid to share our art. ... This song is for America."

Then he performed again ... and while it was just as unique as his first go around, he did something around the 3:00 mark that has really ticked people off.

Yep, he proudly waved the flag for America, before unceremoniously dropping it on the ground. Twitter, once again, was not thrilled.

Um, #CoreyFeldman ?? Next time, maybe NOT throw the American flag on the ground after patriotically waving it and praying for peace

"This song is for America" then proceeds to wave an American flag and then toss it onto the ground. @TODAYshow @Corey_Feldman

.. @Corey_Feldman Do you realize men have died so you can look ridiculous & stupid on TV again?? RESPECT THE FLAG!!!! 🇺🇸🇺🇸🇺🇸

@SnookiLoveDolls @TODAYshow @Corey_Feldman He threw the flag, which represents our country, that many men & women died fighting to protect.

While Corey has yet to say anything about it, he did re-tweet a message suggesting the drop wasn't intentional.

How do you think he did? Sound off below!